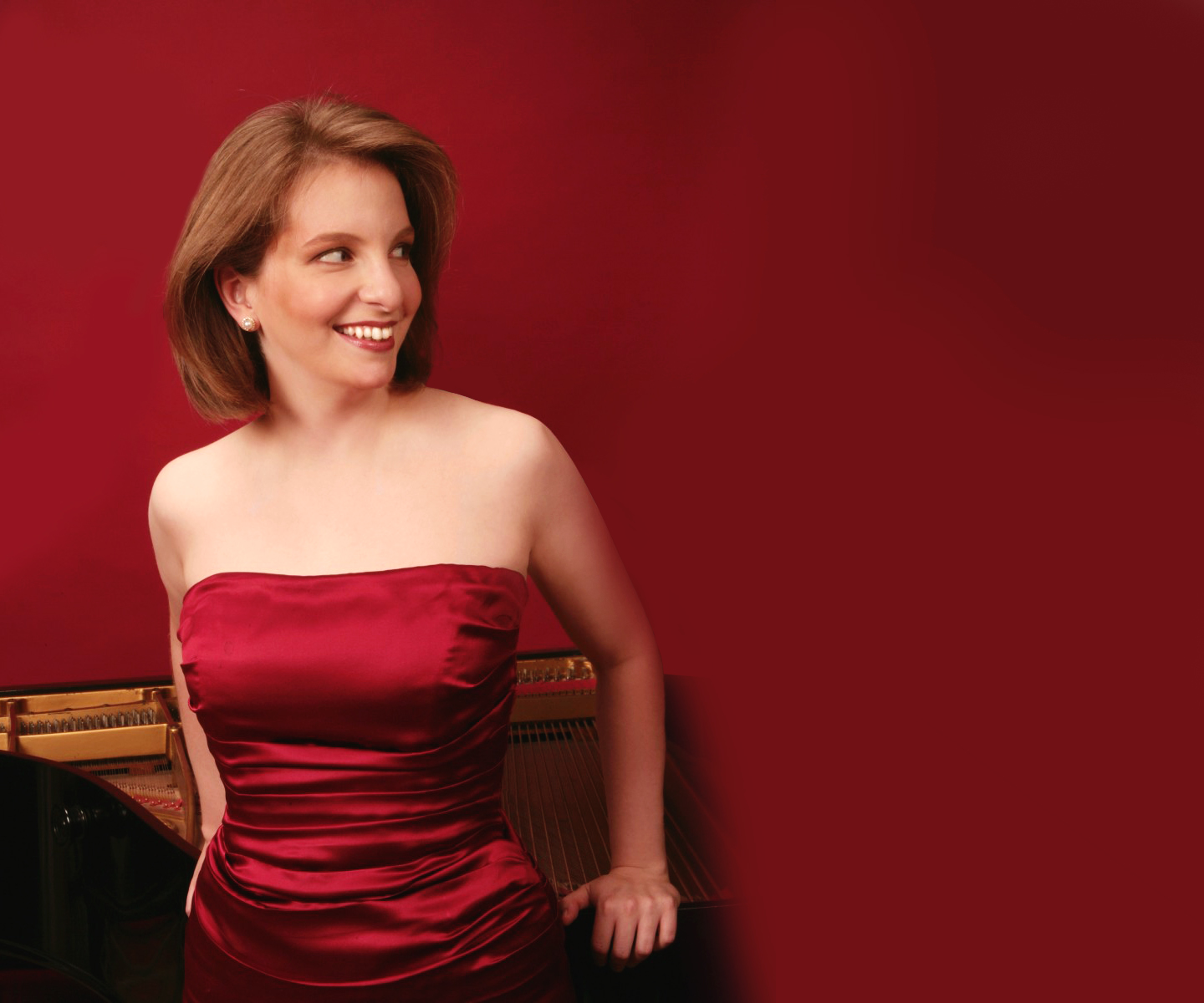 A consummate musician recognized for her grace, subtlety and vitality, Orli Shaham has established an impressive international reputation as one of today’s most gifted pianists. Hailed by critics on four continents, Ms. Shaham is in demand for her prodigious skills and admired for her interpretations of both standard and modern repertoire. The Chicago Tribune recently referred to her as “a first-rate Mozartean” in a performance with the Chicago Symphony, London’s Guardian said Ms. Shaham’s playing at the Proms was “perfection”, and The Winnipeg Free Press declared Ms. Shaham’s piano skills “almost too good to be true.”

Ms. Shaham has given recitals in North America, Europe and Asia at such renowned concert halls as Carnegie Hall, The Kennedy Center, Amsterdam’s Concertgebouw, Frankfurt’s Alte Oper, and the Herkulessaal in Munich, and has worked with many eminent conductors including Sir Neville Marriner, Sir Roger Norrington, Christopher Hogwood, David Robertson, Wolfgang Sawallisch, Leonard Slatkin, Robert Spano, Gerard Schwarz, and Jacques Lacombe among others.

Ms. Shaham’s 2014-2015 season is highlighted by the release of a new CD, Brahms Inspired, which includes music by Brahms, music inspired by Brahms, and music that inspired Brahms. The CD includes new works by Brett Dean, Avner Dorman, and Bruce Adolphe. Ms. Shaham’s solo recitals this season feature music from the new recording. Highlights of the season include the Aspen Music Festival, Arizona Musicfest, and the “Chicago Symphony Presents” series. Concerto performances in 2014-15 include the Orchestre National de France in Paris, the St. Louis Symphony, and the Colorado Springs Philharmonic. In addition, Ms. Shaham serves as the Artistic Director for Pacific Symphony’s chamber music series in Costa Mesa, California, a position she has held since 2007. This season’s performances for the series include her collaboration with principal cellist Timothy Landauer, performing cello sonatas by Beethoven, and a performance of Bartok’s Sonata for 2 Pianos and Percussion, highlighting members of Pacific Symphony’s percussion section.

In 2014, Orli Shaham released American Grace, a CD of piano music by John Adams and Steven Mackey including the recorded premiere of Mackey’s Stumble to Grace (written especially for Ms. Shaham) with the Los Angeles Philharmonic, David Robertson conducting.  “American Grace demonstrates that modern piano repertoire is alive and flourishing in the hands of some of the great composers of our time,” (Alison Howard of CBC Music). Brian Wigman of Classical.Net praised the album as having “nuance to the playing, and a sense of grace and poetry.” Composer John Adams himself wrote of Ms. Shaham’s collaboration with Jon Kimura (Jackie) Parker on his two-piano work Hallelujah Junction, “any composer should be so lucky to receive such a reading as Orli and Jackie have done,” and the French magazine Pianiste praised the CD, saying “this album could well propel [Shaham] to the forefront of the world stage.”

In 2013, Ms. Shaham released the CD Nigunim – Hebrew Melodies, recorded with her brother, the violinist Gil Shaham. The album features masterpieces by Ernest Bloch, Joseph Achron, and Leo Zeitlin as well as a newly commissioned work by Avner Dorman. MusicWeb International called the disc “heartfelt and profound” and the St. Louis Post Dispatch descriped it as “a real and beautiful collaboration for two equal instrumentalists.” She and Gil have collaborated on several additional recordings including Dvorák for Two on Deutsche Gramophone, an all-Prokofiev disc (“As fine a recording of the violin and piano music of Prokofiev as has ever been made by one of the finest violinist and pianist teams of the last ten years.” Barnes&Noble.com), and Mozart in Paris.

Recent concert highlights include Ms. Shaham’s performances of Steve Mackey’s piano concerto Stumble to Grace with the Los Angeles Philharmonic, the Cincinnati Symphony Orchestra (performed by Ms. Shaham in the same program with Bernstein’s Age of Anxiety), and the Sydney Symphony Orchestra in Australia. Of Ms. Shaham’s 2014 performance of Rachmaninoff’s 2nd Piano Concerto with the Winston-Salem Symphony, Classical Voice of North Carolina wrote, “it was clear that Shaham is a powerful player and her interaction with the orchestra was first-rate.”

Orli Shaham’s interactive concert series for young children, Baby Got Bach, is recognized by parents, media and the music community as a significant force in music education and entertainment for pre-schoolers.  The wildly popular series is included in New York Magazine’s “Best of New York” list, and has been cited as “magical” and “a terrific family event” in the press. Baby Got Bach is presented by the 92nd Street Y in New York, and has been presented in St. Louis and Aspen in past seasons. The concert programs provide hands-on activities with musical instruments, concepts and concert performances that promote good listening skills, and feature chamber music performances by professional musicians with Ms. Shaham as host and pianist.

Driven by a passion to bring classical music to new audiences, Orli Shaham has maintained an active parallel career as a respected broadcaster, music writer and lecturer. In 2012 and 2013 she served as the host of America’s Music Festivals, a radio program nationally broadcast to over 100 stations. From 2005-2008 she was host of “Dial-a-Musician,” a feature she created especially for The Classical Public Radio Network. The concept of the program was to enhance listeners’ experiences of music and musicians by directing listeners’ questions about classical music to internationally renowned musicians, calling them on the phone to discuss the topic. Ms. Shaham has taught music literature at Columbia University, and contributed articles to Piano Today, Symphony and Playbill magazines and NPR’s Deceptive Cadence blog, and was artist in residence on National Public Radio’s Performance Today.

Orli Shaham was recognized early for her exceptional talents. She received her first scholarship for musical study from the America-Israel Cultural Foundation at age five to study with Luisa Yoffe at the Rubin Academy of Music in Jerusalem. By age seven, she traveled to New York with her family to begin study with Nancy Stessin, and became a scholarship student of Herbert Stessin at The Juilliard School a year later. She won the Gilmore Young Artist Award and the Avery Fisher Career Grant, two prestigious prizes given to further the development of outstanding talent. In addition to her musical education at the Juilliard School, Orli Shaham holds a degree in history from Columbia University. Orli Shaham lives in New York and St. Louis with her husband, conductor David Robertson, stepsons Peter and Jonathan, and twin sons Nathan and Alex.