You are invited to come see 700+ musicians perform under one roof during the 10th Annual Come and Play. A special addition for the 10th year, Music Director Steven Smith and Erin R. Freeman will each join Chia-Hsuan Lin on the podium to conduct one piece during the concert.

The concert is free and open to the public (no ticket required).“ Come and Play” was envisioned by David Fisk, Executive Director of the Richmond Symphony after starting a similar program overseas. He presented the idea many times before Aimee Halbruner and Erin Freeman agreed to plan and coordinate the project.  The goal of the first year was to engage 30 – 40 community musicians to join the Richmond Symphony, however, the interest of the community far exceeded the expectation attracting over 400 musicians!  As the community embraced the idea of Come and Play, it was obvious that a traditional concert venue would not be sufficient to accommodate the ensemble and the partnership with the Stuart C. Siegel Center at VCU was formed.

Come and Play, now in its 10th season, welcomes over 650 musicians from across Virginia (and beyond) to the Siegel Center at VCU for a rehearsal and performance of classical and popular symphonic favorites.  The concert always begins with the same selection: Grieg’s In the Hall of the Mountain King from Peer Gynt.

Musicians describe the experience as motivational, inspirational, and pure fun. There are as many personal stories as there are participants, such as the family that comes together every year to play, to the musician who hasn’t played his instrument in 20 years, to the child who is playing his relative’s instrument for his first orchestral experience. These stories are the heart of the experience of Come and Play.

Come and Play has become an annual favorite for the Richmond Symphony family as well as the Richmond community.

This event is presented in support of music education in Richmond area schools. For more information about Come & Play, please contact the Education & Community Engagement Department at education@richmondsymphony.com. 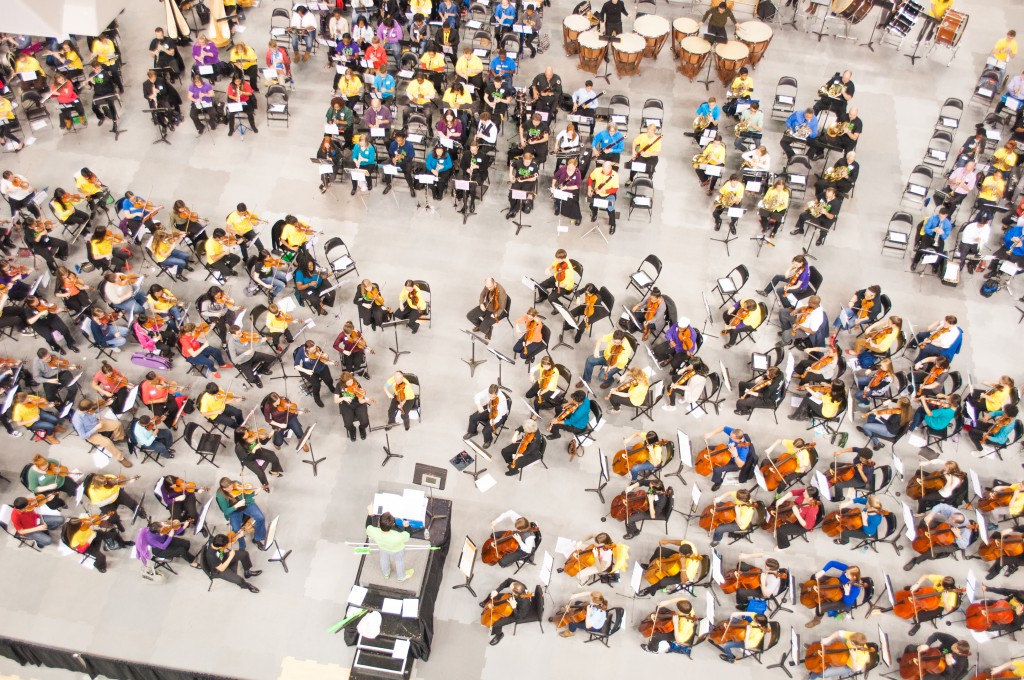