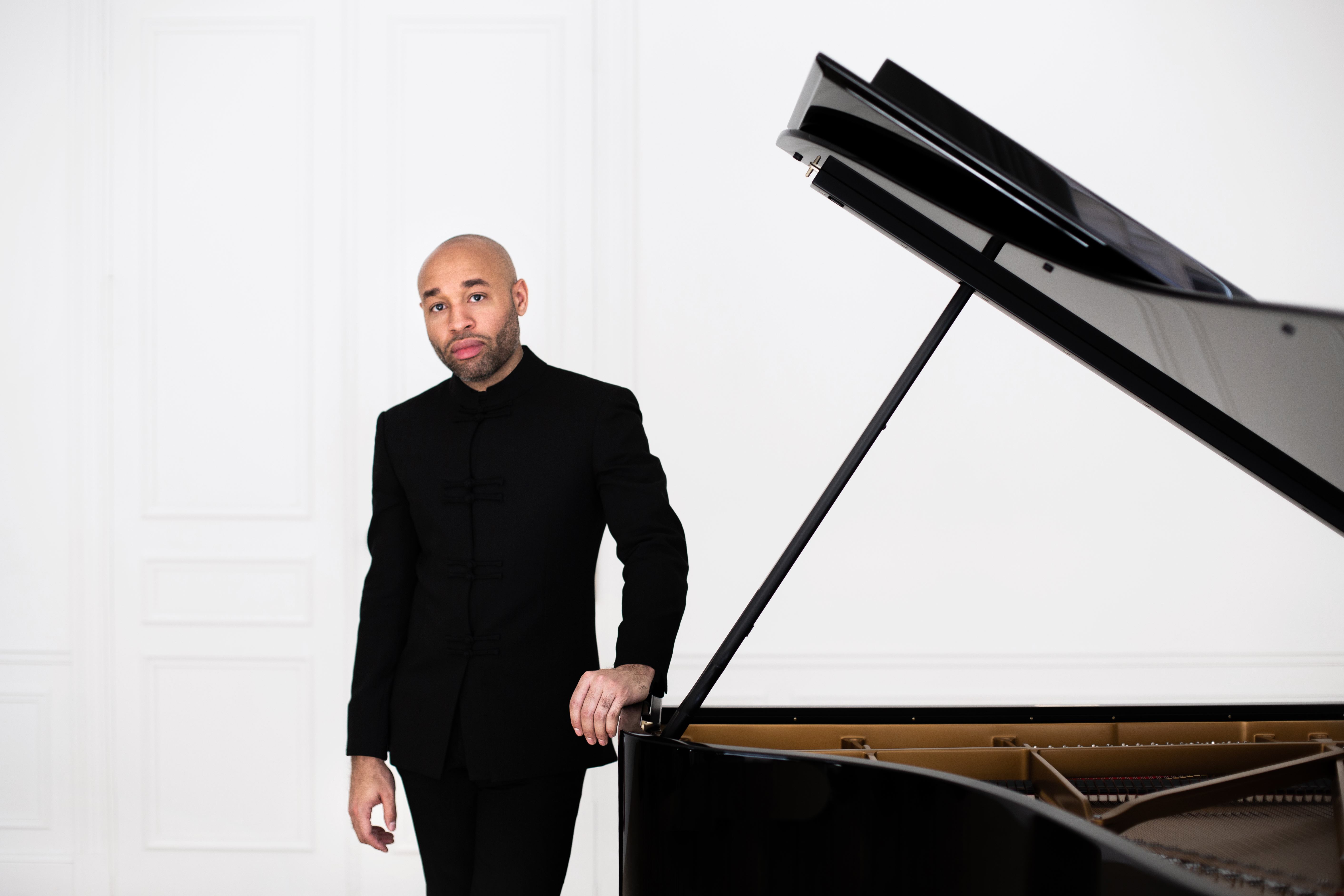 A 33-year-old classically trained pianist and composer, Aaron Diehl has made an indelible mark on the jazz world over the last 15 years. While showing a rare affinity for early jazz and mid-20th century “third-stream” music, his latest evolution comes as he begins to tackle modern classical works, having performed George Gershwin’s piano and orchestra works with the NY Philharmonic, Cleveland Orchestra, LA Philharmonic, and Minnesota Orchestra.

Diehl has collaborated with living masters ranging from jazz greats Wynton Marsalis and Benny Golson to 20th century classical titan Philip Glass. He has established himself as one of the preeminent interpreters of the Great American Songbook in his working trio and as musical director and arranger for the remarkable vocalist Cécile McLorin Salvant. The New York Times jazz critics have have extolled Mr. Diehl’s “melodic precision, harmonic erudition, and elegant restraint,” while the same paper’s classical critics have noted, “Mr. Diehl play[s] magnificently.”

A graduate of Juilliard, Diehl was named the 2011 Cole Porter Fellow by American Pianists Association, in 2014 became the youngest ever Monterey Jazz Festival Commission Artist and has released two critically acclaimed albums on the Mack Avenue Records label. He was the Music Director for Jazz at Lincoln Center’s 2014-2015 New Orleans Songbook series and in 2017 participated in Jazz in July’s “The Art of Tatum,” honoring one of his primary piano idols, Art Tatum.

When he isn’t on tour or recording, Diehl enjoys spending time in the sky. A licensed pilot, one of his favorite planes to fly is the Beechcraft Bonanza.