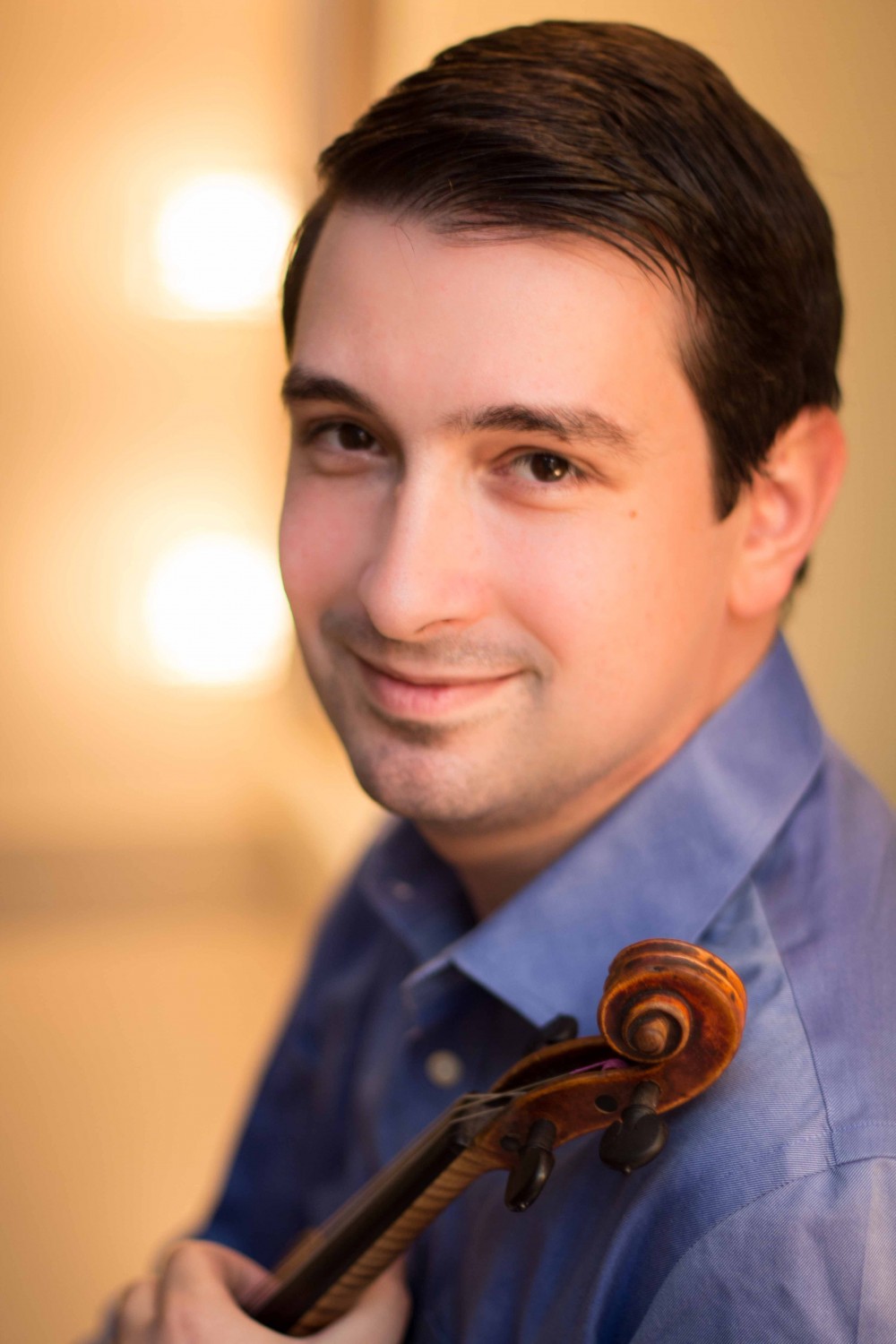 Romanian violinist Constantin Adrian Pintea has performed throughout Europe and the United States as a soloist and chamber music player. He began his musical studies with Ștefan Gheorghiu, a former David Oistrakh pupil, and was featured as a soloist with the Romanian National Symphony Orchestra and the Bucharest Philharmonic. Mr. Pintea won his first national prize at the age of 12 and was a prize recipient at the Jeunesse Musicales and Remember Enescu international competitions. In 2000 he was selected to appear as a soloist and chamber player at the World Exposition Summit in Hannover, Germany, followed by a tour through France and Italy with the Lyceum Strings chamber symphony, both as a soloist and principal player.

He was accepted at The Juilliard School for his undergraduate studies under the tutelage of Masao Kawasaki and Lewis Kaplan. After completing his Bachelor’s Degree, he was awarded the Eugenia and David Ames Concertmaster Fellowship at the Mannes School of Music and performed as part of the Intermezzo Piano Trio in major halls such as Alice Tully, The Morgan Library and Weill Recital Hall at Carnegie Hall. Mr. Pintea also participated in several music festivals, including the Mozarteum Academy in Salzburg and the Texas Music Festival, where he was a prize recipient of the Cynthia Woods Mitchell Young Artist Competition. Most recently, he became a member of the Breckenridge Music Festival where he performs as an orchestral and chamber player during the festival’s summer series.

After completing his studies, Mr. Pintea joined the New World Symphony where he had the opportunity to serve as concertmaster under the baton of Michael Tilson Thomas and Esa-Pekka Salonen, among others. He is currently serving as the assistant concertmaster of the Richmond Symphony.