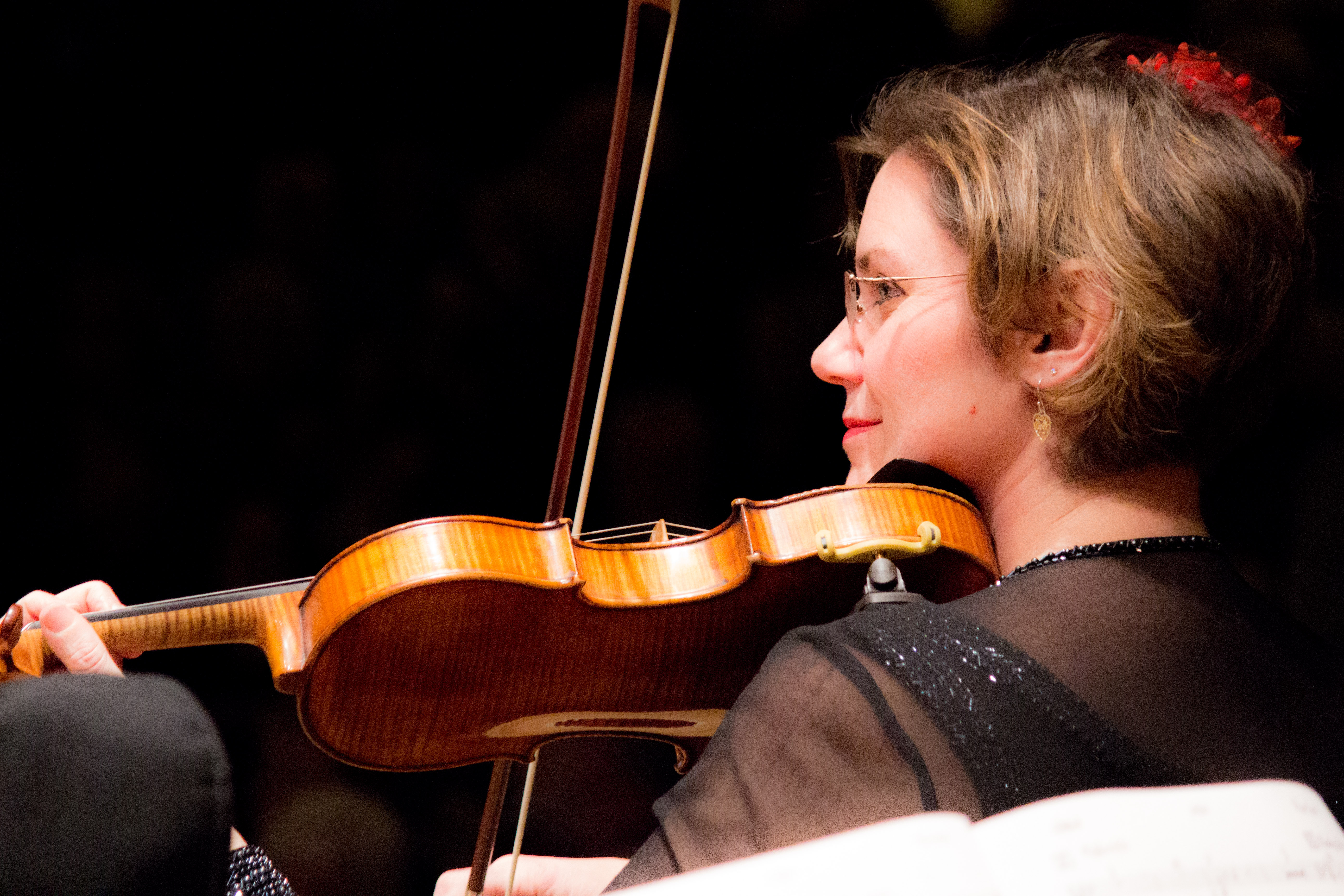 Alana Pritchard Carithers, violin, graduated in 1999 from Northwestern University with a double Master of Music degree in violin performance and pedagogy. During her time at Northwestern, she served as Assistant Concertmaster and Principal Second Violin with the Civic Orchestra of Chicago and Principal Second Violin of the Northwestern Symphony Orchestra. She was one of the founding members of the MusiCorp program in Chicago, a grant funded chamber music education program to take music into the inner city schools and churches of the Chicago area.

She began her orchestral career as the Associate Principal Second Violin of the Colorado Springs Symphony in 2000 and held that post until 2003. In 2003, she joined the Richmond Symphony, currently serving as a section player. She played as a member of both the DaVinci String Quartet and the Hausmusik String Quartet, and has been a member of the Oberon Quartet since 2005. She has appeared as a guest soloist with the Zhengzhou New Years Orchestra, Hunan Symphony, Bob Jones University Symphony Orchestra, Richmond Symphony Youth Orchestra, and the Masterworks Festival Orchestra and on the Millenium Stage at the Kennedy Center for the Arts in Washington, D.C. Ms. Carithers has served on the violin faculty of the Masterworks Festival during the summer since 2001, and has appeared as a clinician, adjunct professor and masterclass teacher at the University of the Nations in Kona, Hawaii; SIAS University in Xinzheng, Henan, China; Harmony Music School, Changsha, Hunan China; University of Richmond and VCU; and St. Catherine’s and St. Christopher’s Schools.

Ms. Carithers is a visible advocate of chamber music and participates as a regular member of the Oberon Quartet, Atlantic Chamber Ensemble, ClassicalRevolutionRVA and makes appearances with the Richmond Chamber Players.

She currently lives and teaches in Richmond, VA with her husband James and three children.