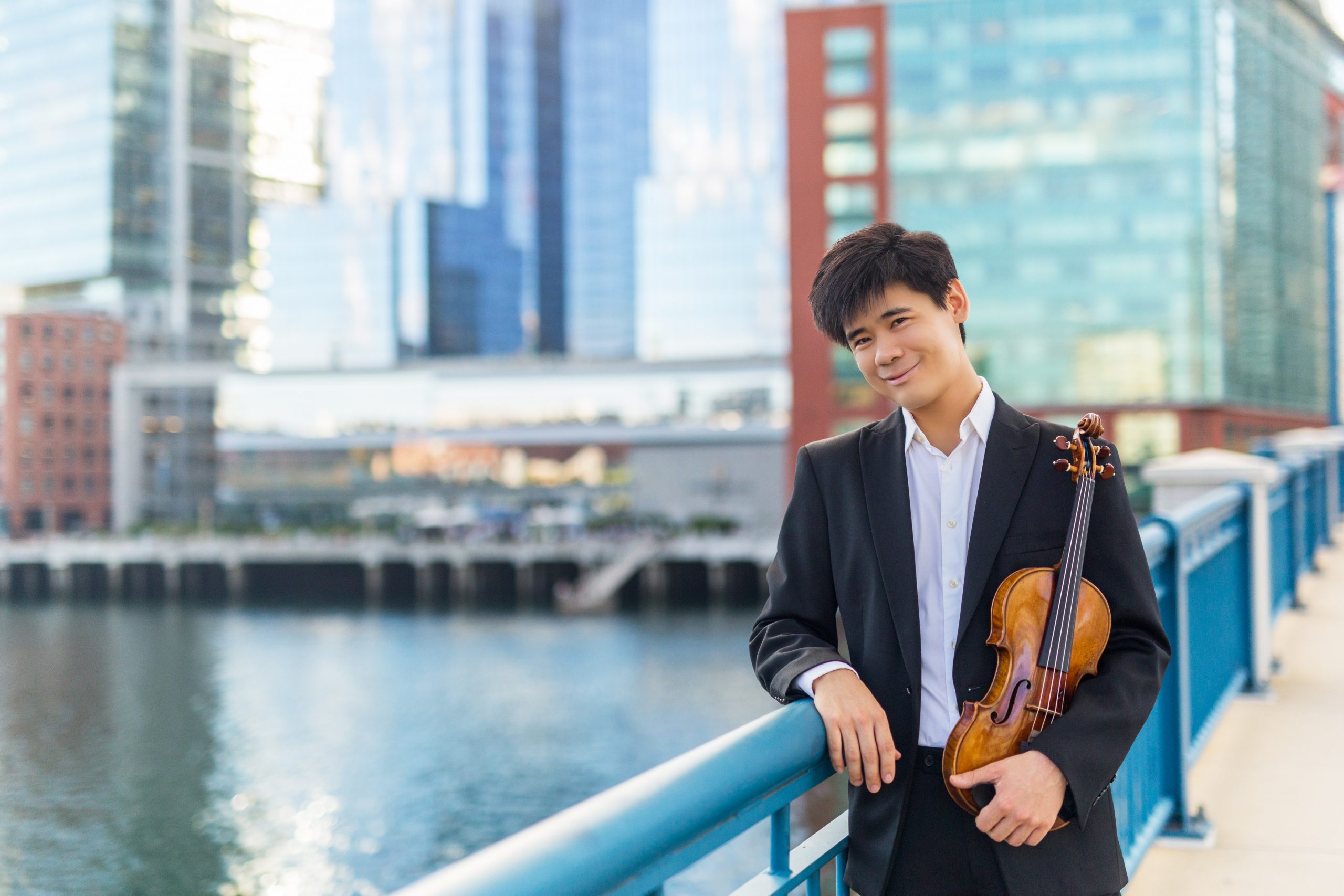 Violinist Angelo Xiang Yu, recipient of both a 2019 Avery Fisher Career Grant and a 2019 Lincoln Center Emerging Artist Award, as well as First Prize in the 2010 Menuhin Competition, has won consistent critical acclaim and enthusiastic audience response worldwide for his astonishing technique and exceptional musical maturity.

In March 2017, Mr. Yu was chosen to be a member of the Chamber Music Society of Lincoln Center’s prestigious Bowers Program (formerly CMS Two). Also an active recitalist, he has performed in a number of world-renowned venues such as the Konzerthaus Berlin, the Louvre in Paris, National Centre for the Performing Arts in Beijing, Victoria Theater in Singapore, Shanghai Symphony Hall, Oslo Opera House, Auckland Town Hall, Alice Tully Hall at Lincoln Center, and Jordan Hall and Symphony Hall in Boston.

Mr. Yu is a frequent guest at summer music festivals in the US and Europe, including the Ravinia, Aspen and Grant Park Music Festivals and Chamber Music Northwest, as well as at the Verbier and Bergen Festivals in Europe. He has also been an artist faculty member at Music@Menlo and at the Sarasota and Taos Music Festivals.

Born in Inner Mongolia, China, Angelo Xiang Yu moved to Shanghai at the age of 11 and received his early training from violinist Qing Zheng at the Shanghai Conservatory. He earned his bachelor’s and master’s degrees as well as a prestigious artist diploma at the New England Conservatory of Music where he was a student of Donald Weilerstein and Miriam Fried.

Mr. Yu currently resides in Boston and performs on the “Joachim” Stradivarius violin, generously on loan from the Nippon Music Foundation.