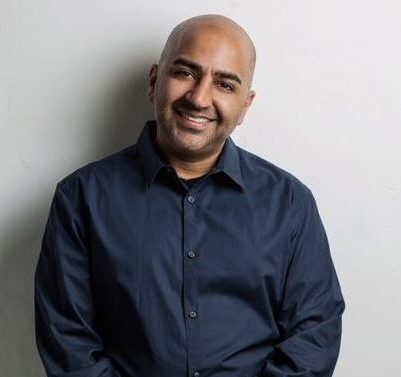 Hailed by the New York Times as an “energetic” conductor who leads with “clear authority and enthusiasm,” Ankush Kumar Bahl is recognized today as a conductor with impressive technique, thoughtful interpretations, and an engaging podium presence. Recent and upcoming appearances, including re-engagements, are with the Orchestra of St. Luke’s, Louisiana Philharmonic Orchestra, Virginia Symphony, Richmond Symphony, Thunder Bay Symphony, London Symphonia, Orchestre National de France, the Orquesta Sinfonica Nacional de Mexico, and the National Symphony Orchestra in Washington D.C.   Prestigious summer festival engagements have been with the Copenhagen Philharmonic at Tivoli, the Sun Valley Summer Symphony, the Wintergreen Summer Music Festival, and the Chautauqua Institute. The past few seasons, Bahl has been a frequent cover conductor for the New York Philharmonic and Maestro Jaap van Zweden, having assisted him and other venerable guest conductors both at Lincoln Center and on tour.

Bahl is a proud recipient of four separate Sir Solti Foundation U.S. Career Assistance Awards between the years of 2011 to 2016 as well as the 2009 Felix Mendelssohn-Bartholdy Scholarship. A protege of former New York Philharmonic Music Director, Kurt Masur, he served as Masur’s assistant conductor at the Orchestre National de France, the Royal Concertgebouw, and the Leipzig Gewandhaus Orchestra. It was in this capacity that Bahl was called upon to step in for Maestro Masur for two performances of Brahms and Beethoven with the Royal Concertgebouw Orchestra.

From 2011-15 Bahl was the Assistant Conductor at the National Symphony Orchestra in Washington, D.C., under Christoph Eschenbach. During his four year tenure, Bahl conducted over 100 performances including his subscription debut in 2012, his Wolf Trap debut in 2013, the debut concert of the Rubenstein Family Organ, numerous run out concerts for the NSO’s In Your Neighborhood program, and his annual Young People’s Concerts which educated over 24,000 students each year. In addition, Bahl was the primary conductor for their Beyond the Scoreseries. In February 2013, Bahl’s ability to step in on short notice was once again called upon when he successfully replaced Rafael Frühbeck de Burgos on a few hours notice in a subscription concert with the NSO that featured soloist Daniil Trifonov and concluded with Respighi’s Pines of Rome.

American born and of Indian descent, Ankush Kumar Bahl is native of the San Francisco Bay Area and received a double degree in music and in rhetoric from the University of California at Berkeley. He has been a conducting fellow at the Aspen Music Festival with David Zinman and completed his master’s degree in Orchestral Conducting at the Manhattan School of Music with Zdenek Macal and George Manahan. In recent years, Bahl has been a frequent collaborator with jazz legend Wayne Shorter, leading his quartet in concerts of his orchestral music at both the Kennedy Center and the Detroit Free Jazz Festival.