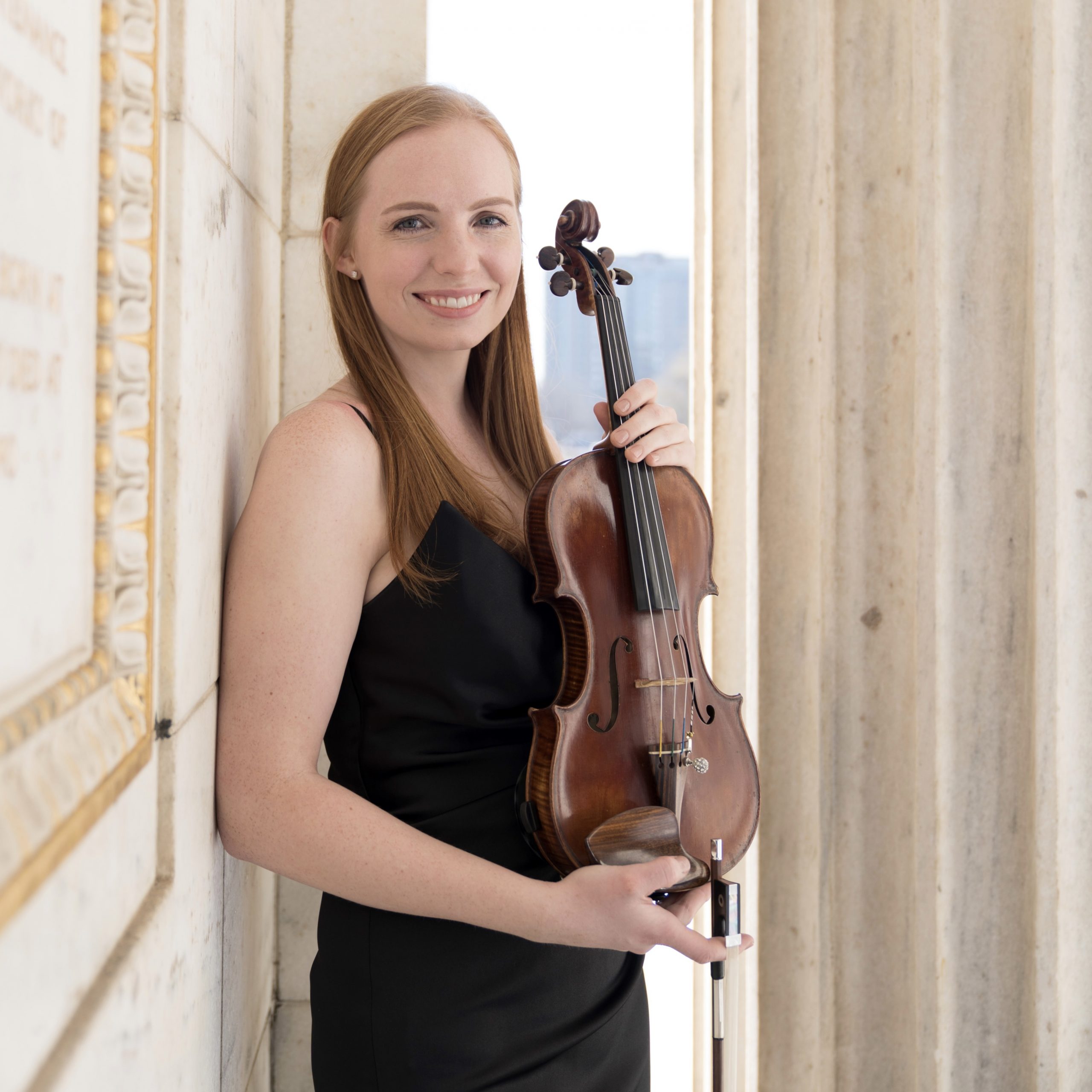 Violinist Ashley Odom enjoys a varied musical career – from playing chamber music in Rome, Italy to performing in Carnegie Hall. Ashley joined the Richmond Symphony Orchestra in 2022 and has played regularly with the Atlanta Symphony Orchestra since 2019. She has performed in the Greenville, Akron, Canton, and Charleston Symphony Orchestras; and under the batons of Robert Spano, Yoel Levi, and Larry Rachleff.

For the last two years, Ashley has maintained a full teaching studio at North Atlanta Talent Education. She is registered to teach Suzuki Books 1-10 and served as Pedagogy Assistant for Kimberly Meier-Sims.

Ashley received her Master of Music in Violin Performance and Suzuki Pedagogy from the Cleveland Institute of Music. While at CIM, Ashley held the role of Artist in Residence at Judson Manor in Cleveland, OH. She lived within a retirement community and gave frequent recitals in exchange for housing.  Her next-door neighbor was 100 years old!

Ashley lives with her husband Aaron Odom and their fluffy cats.