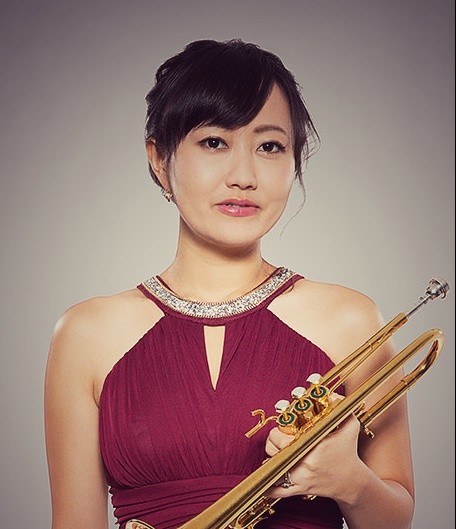 Ayano Guiles is excited to join the Richmond Symphony Orchestra as Acting Associate Principal/2nd Trumpet for the start of the 2016-2017 season. Ayano began playing the piano at age three and the trumpet at age thirteen, which she enjoyed playing in her high school’s brass band.

A native of Yokohama, Japan, Ayano earned her bachelor of music degree from the Tokyo College of Music where she studied under Osamu Takahashi, Hiroki Tochimoto and Naohiro Tsuken. After receiving her bachelor’s degree in 2011 she worked as a freelance trumpet player in Tokyo, performing as a guest musician with Tokyo Metropolitan Orchestra and the Seiji Ozawa Academy Orchestra. She also performed as a part of the Asia tour with Saito Kinen Orchestra under the baton of Seiji Ozawa.

In 2012, Ayano left Japan to pursue her graduate studies in the United States, earning her Masters Degree in Music Performance from the New England Conservatory of Music in 2014. While in Boston, Ayano studied with Thomas Rolfs and Thomas Siders of the

Boston Symphony, and had opportunities to play under the batons of Hugh Wolff, Charles Dutoit, and many others. In addition to her orchestral studies, Ayano also pursued chamber music, performing in a brass quintet, baroque ensemble, and special project for Stravinsky’s work: A Soldier’s Tale.

Ayano has held summer fellowships with the Pacific Music Festival in 2014 and 2016 where she worked closely with Tamas Valenczei of the Berlin Philharmonic and Mark Inouye of the San Francisco Symphony. She was also a fellow of the Texas Music Festival in 2014 where she worked with Mark Hughes of the Houston Symphony. These festivals also presented the opportunity for Ayano­ to perform under the direction of Valery Gergiev, Osmo Vanska, Yutaka Sado, and many others.

Ayano is married to Zachary Guiles, the principal trombonist of the Richmond Symphony. They live with their rescue hound dog, Ginny, who sings with her trumpet mouthpiece buzzing every morning. In her free time, she likes to bake, run with Ginny, and practice Bikram yoga.