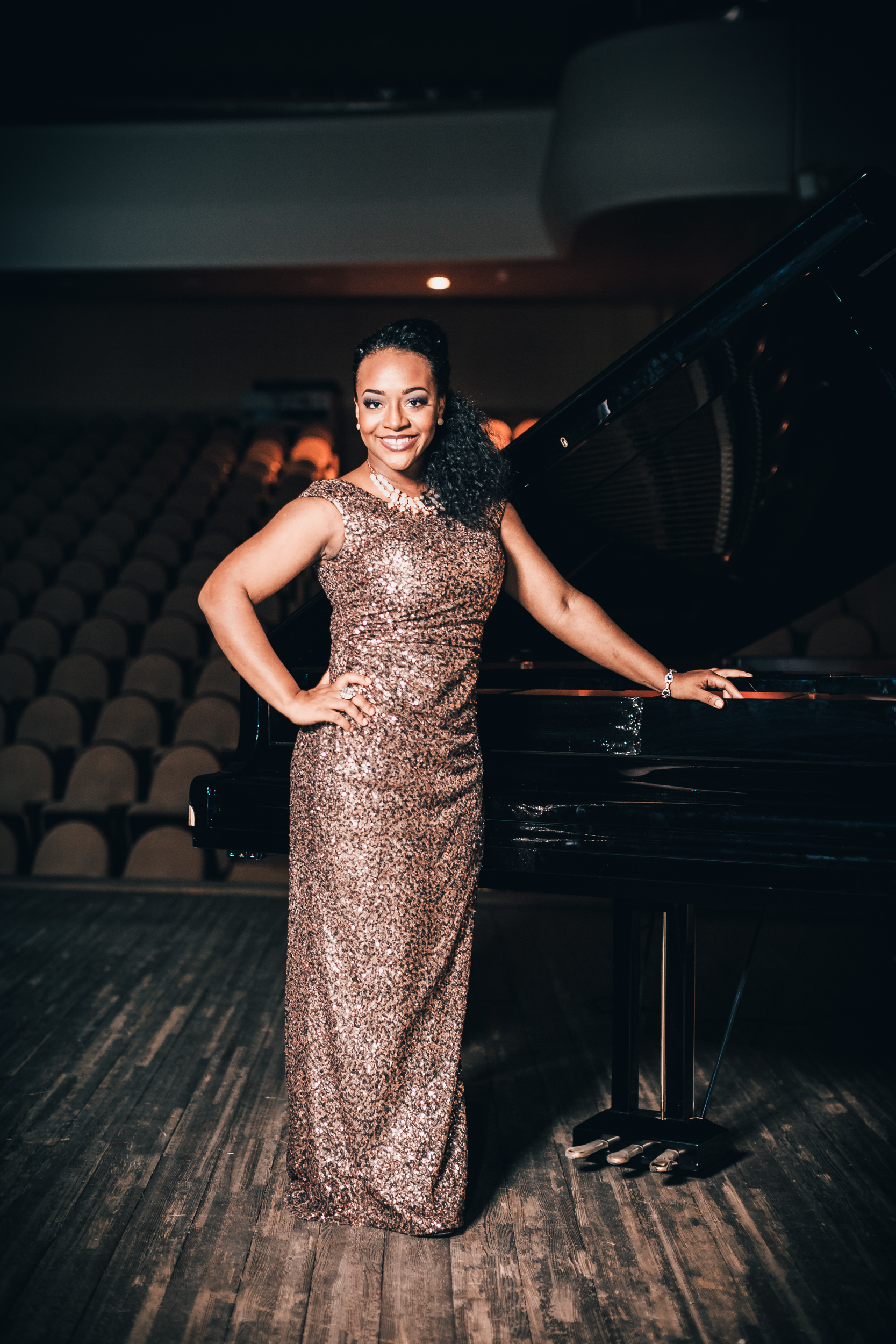 Hailed by The New York times for her “warm, ample voice” and “distinctive earthy coloring,” and by Opera News for her “sumptuos, mid-weight soprano,” Ms. Sutton first embraced classical music during her undergraduate studies at Oakwood University where she received her Bachelor of Arts degree in Music with a concentration in voice. She now holds a Master in Music degree from The Benjamin T. Rome School of Music at The Catholic University of America in Washington, D.C.

She began her professional career with a solo recital in the province of St. Maarten and many presentations of Handel’s Messiah around the United States. Ms. Sutton then later made her debut at the John F. Kennedy Center for the Performing Arts in a solo recital in Washington, D.C., and her Manhattan recital debut at Merkin Concert Hall in Lincoln Center. She has performed with the National Symphony Orchestra, Royal Danish Symphony Orchestra in Copenhagen, Denmark, the Radio Orpheus Symphony Orchestra in Moscow and the Krasnoyarsk Philharmonic Symphony Orchestra in the region of Siberia. Ms. Sutton has also toured and soloed with the internationally acclaimed American Spiritual Ensemble under the direction of Dr. Everett McCorvey and with Wynton Marsalis and the Jazz at Lincoln Center Orchestra under the baton of Damien Sneed.