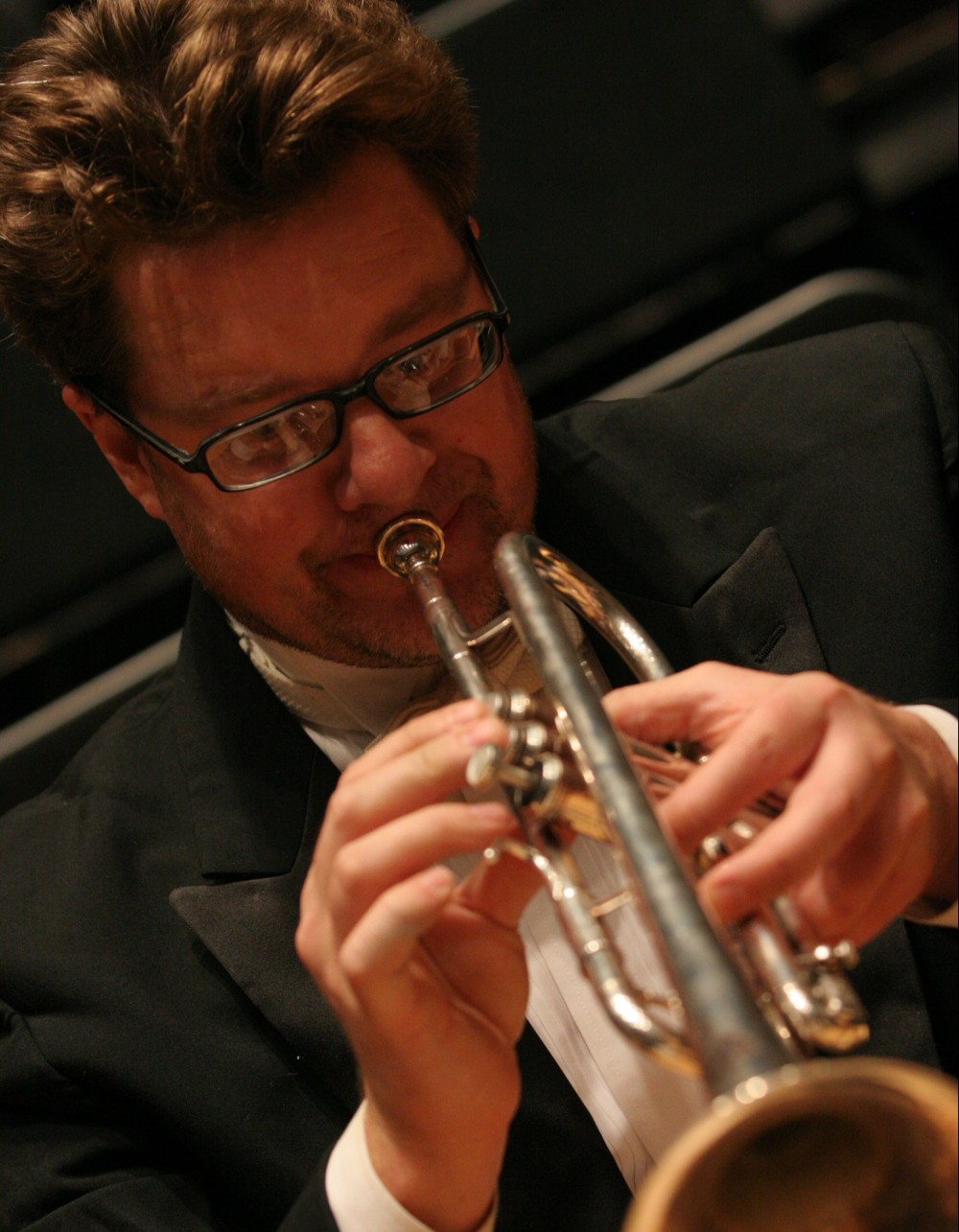 Brian Strawley hails from Philadelphia, Pennsylvania. Growing up in a musical family of nine, he began studying piano at the age of six and trumpet at the age of eight. He received a full scholarship to Temple University in Philadelphia and studied with Donald McComas, former Associate Principal Trumpet of the Philadelphia Orchestra, and members of the Chestnut Brass. Shortly after graduation in January 1995, he won the Principal Trumpet position with the Media Theatre of the Performing Arts Orchestra. In September 1996, he entered a master’s degree program in orchestral performance at the Manhattan School of Music, again on scholarship. During that time his principal teacher was Vincent Penzerella; however, he also studied with Robert Sullivan, Chris Gekker, and Per Brevig.

Brian won a position with the United States Naval Academy Band and was the Assistant Principal Trumpet in the Concert Band, performing with the Brass Quintet, ceremonial and marching units. Formerly Principal Trumpet with the Bay Street Brass Works brass quintet, he can be heard on their CD, “Folk Music from Around the World.”

Currently Brian is Principal Trumpet with the Richmond Symphony.