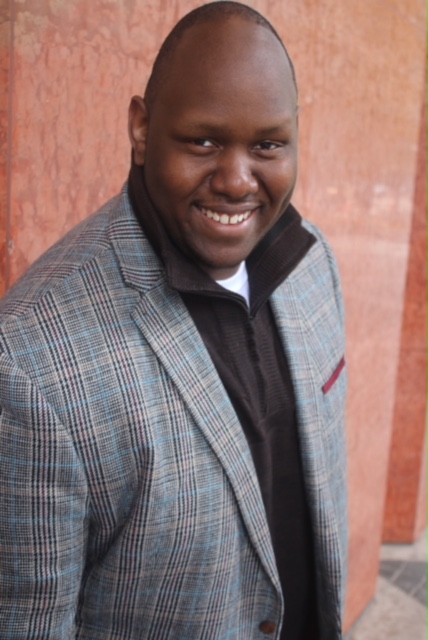 CAMEO HUMES is quickly becoming one of the most sought-after tenors in the operatic and concert repertoire. He has performed with Fort Wayne Philharmonic, the Orlando Philharmonic Orchestra, Hilton Head Choral Society, Gainesville Civic Chorus, and the Orchestra Sinfonica dell’International Chamber Ensemble in Italy. His most recent engagement included a debut with Teatro alla Scala in the roles of Peter, Crab man, Mingo and Robbins in their production of Porgy and Bess. Other operatic credits include the title role in Mozart’s La clemenza di Tito, Ottavio (Don Giovanni) with Operafestival di Roma, Almaviva (Il Barbiere di Siviglia), Gastone (La Traviata), Prunier (La Rondine), Peter (Porgy and Bess) with Lyric Opera of Chicago (cover), Dayton Opera and Skylight Music Theatre of Milwaukee, Crab man (Porgy and Bess) with The Princeton Festival, Nelson (Porgy and Bess) with Cincinnati Opera, Ballad Singer (Of Mice and Men), and Ensemble (Show Boat) with Houston Grand Opera.

Mr. Humes has also performed regularly in the chorus of the Lyric Opera of Chicago since the 2014-15 season. He has performed as tenor soloist for the world premiere of Mozart’s Requiem staged with the Cincinnati Ballet, a performance that he repeated in the spring of 2015. Other recent concert engagements include Handel’s Judas Maccabeus, Mozart’s Grand Mass in C minor, Haydn’s Lord Nelson Mass with the Bach Society of Dayton, Bach St. John Passion and Mass in B minor, and The Seven Last Words of Christ by Théodore Dubois. He has recorded the lead role in Richard Thompson’s The Mask in the Mirror, a modern opera based on the life of Paul Laurence Dunbar; a role that Mr. Humes successfully portrayed on the stage with Trilogy Opera of New Jersey in 2014. A lover and avid performer of the Negro spiritual, he has toured Spain, France and Ireland with the world renown American Spiritual Ensemble, and has served as Adjunct Professor of Voice and Opera workshop at Central State University. Mr. Humes completed his undergraduate studies at Stetson University and earned a Master of Music degree from the University of Florida.