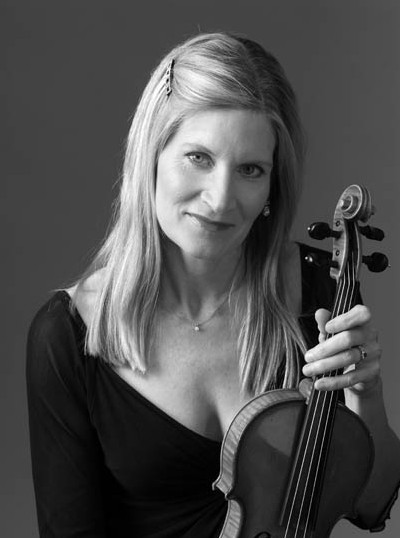 Catherine Hubert Foster began studying the violin in St. Louis, Missouri, at the age of nine after hearing a chamber orchestra perform at her school. Her family later moved to Milwaukee, Wisconsin where she studied with Abram Loft, second violinist with the Fine Arts Quartet, and where she grew to love orchestral music while playing in Milwaukee’s “Music for Youth” youth orchestra program.

Catherine’s love of chamber music led her to found the Belle Arte String Quartet, which performs in and around the Richmond area. She has also enjoyed teaching the violin beginning with the Duke University String School and continuing with Virginia Commonwealth University, the Collegiate School, St. Catherine’s School and at her own private studio.

When not playing her violin, Catherine loves to spend time with her husband David Foster and their daughter, Adrianna, who attends the University of Virginia. They live on a horse farm in Goochland with two horses, five cats, and a dog. Catherine is an avid trail rider and likes to ride the trails in and around Virginia.