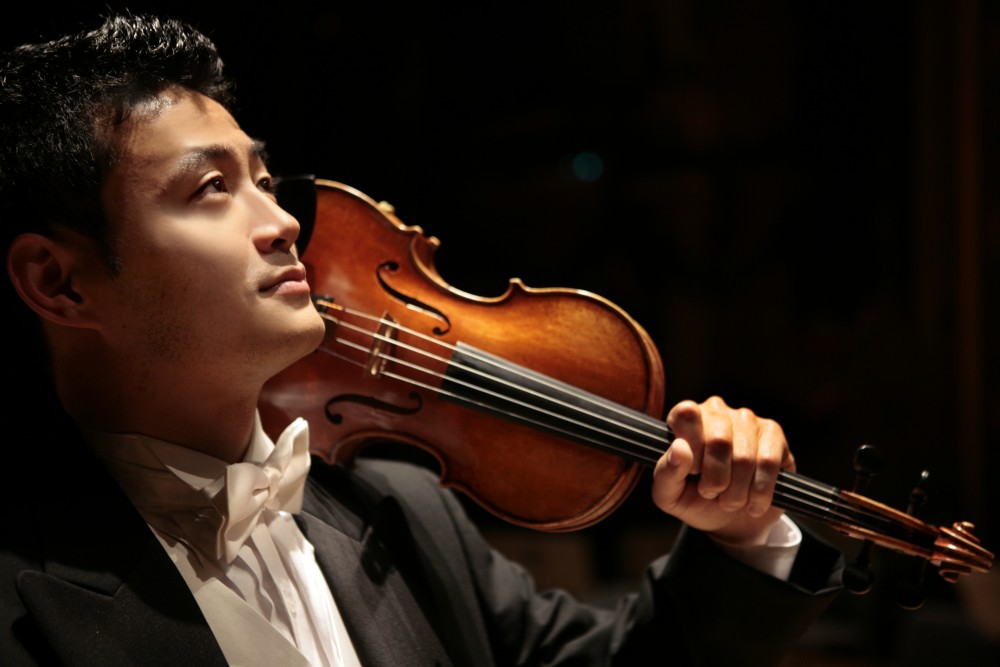 Violinist Daisuke Yamamoto, known for exhibiting “immense virtuosity and probing musicianship,” is originally from Marietta, GA. Concertmaster of the Richmond Symphony since 2013, he has been featured as a soloist on several occasions since his arrival, including a performance of the Theme from Schindler’s List for the Holocaust Remembrance Concert, which was broadcast statewide. Other performances include Saint-Saëns’ Introduction and Rondo capriccioso, Ravel’s Tzigane and Vivaldi’s “Autumn” from The Four Seasons. Before coming to Richmond he was a member of the New World Symphony. While at New World, he soloed with the orchestra, performing Bruch’s Scottish Fantasy. He has also collaborated with Jaime Laredo in a performance of Vivaldi’s Concerto for Four Violins. He was also hand-picked by Michael Tilson Thomas to participate in the Thomashefsky Project, an homage to Tilson Thomas’s grandparents who were pioneers of the American Yiddish Theater. The project was recorded for DVD and was aired on PBS Great Performances. He was also invited to Medellín, Colombia, where he led sectionals and masterclasses as well as performed Mozart’s Violin Concerto No. 5 with the Orquesta Filarmónica de Medellín.

An avid orchestral performer, he has performed with many orchestras across the US, including The Cleveland Orchestra on numerous occasions both on tour and in Cleveland, New World Symphony, and the Spokane Symphony. As a concertmaster, he has led the New World Symphony on several occasions both at the New World Center and the Adrienne Arsht Center, Louisville Symphony Orchestra, Spokane Symphony, Youngstown Symphony Orchestra, and the Blossom Festival Orchestra. His performances have taken him to many great concerts halls in America and Europe, including Carnegie Hall, Severance Hall, Benaroya Hall, Suntory Hall, Festspielhaus and the KKL Luzern Concert Hall. He has worked with such notable conductors as Michael Tilson Thomas, Franz Welser-Möst, Fabio Luisi, Osmo Vänskä, Nicholas McGegan, Robert Spano, Jeffrey Tate and David Zinman. As a chamber musician, he has collaborated with Robert McDuffie, Ida Kavafian, Peter Wiley, Steven Tenenbom, Jasper String Quartet, members of The Cleveland Orchestra, Tokyo String Quartet, Duo Patterson and Jerry Wong.

Yamamoto currently resides in Richmond with his wife, who is a math teacher at Atlee High School, and their 2 cats.