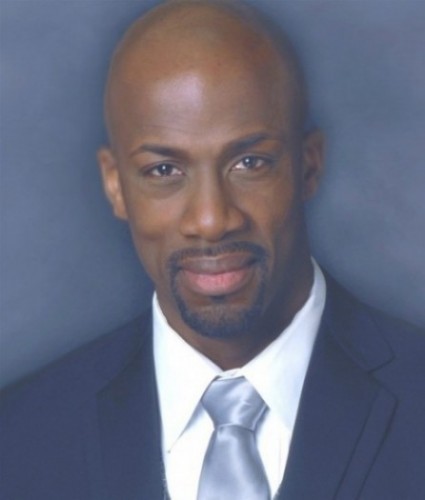 American Bass-Baritone Darren K. Stokes is an artist of exceptional vocal ability. He possesses a voice of extraordinary richness with a broad vocal range, and he sings with a singular ease. Mr. Stokes has been in very high demand adding 47 roles to his repertoire since embarking on a singing career in 2002 and he has had the pleasure of performing with prominent companies throughout the US. He has sung with the Lyric Opera of Chicago, Grant Park Music Festival, Nashville Symphony Orchestra, Cincinnati May Festival, Boston Lyric Opera, Virginia Symphony, Chicago Opera Theater, Washington National Opera, Opera Theater of St. Louis, San Francisco Opera, Ravinia Festival, Opera Memphis, San Antonio Opera, Indianapolis Opera, Glimmerglass Opera, San Francisco Opera, Opera Saratoga (Lake George Opera), Eugene Opera, and he made mainstage debuts with the Dallas Opera, Seattle Opera, Portland Opera and the Cleveland Orchestra both in Cleveland and NYC at Carnegie Hall in recent seasons.

On the operatic mainstage, Mr. Stokes has performed Figaro (Le nozze di Figaro), Calkas (Troilus and Cressida), Ferrando (Il Trovatore), Zuniga (Carmen), Commendatore (Don Giovanni), Imperial Commissioner (Madame Butterfly), General Groves (Dr. Atomic), Mèphistophélès (Faust), Escamillo (Carmen and Le Tragedie de Carmen), Jake/The Undertaker (Porgy and Bess), Theseus (A Midsummer Night’s Dream), Neptune (The Return of Ulysses) and Parson Alltalk (Treemonisha), among many others. Important additions by way of principal role covers include Queequeg in the World Premiere of Jake Heggie’s Moby Dick for Dallas Opera and Crown (Porgy and Bess) for Seattle Opera. On the concert stage, he has performed the Messiah, Rachmaninoff The Bells, Mozart’s Requiem and looks forward to a debut singing Salieri in Rimsky-Korsakov’s Mozart and Salieri. He looks forward to making a company and role debut with the Richmond Symphony singing Friar Laurent in the Berlioz Romeo and Juliet in 2017.

Mr. Stokes’s itinerary for the 2015–16 season includes a reprise of Escamillo for New York City Opera in New York City, Austin and Montreal which follows performances in Chicago, Toronto and Montreal, and a European tour of Monaco, Geneva, Zurich, Paris and London. Mr. Stokes also looks forward to a return to the Buffalo Philharmonic where he sings the Bass Solo in Dona Nobis Pacem with the orchestra. The 2014–2015 season included Crown (Porgy and Bess) at the Palacio de Bellas Artes, Mexico City, Mexico; a reprise of 5th Jew (Salome) for Virginia Opera and a reprise of the Bass Solo in Rachmaninolff’s The Bells for Buffalo Philharmonic Orchestra. The 2013–2014 season saw Mr. Stokes in a company debut with Portland Opera, a return to Indianapolis Opera, a return to the Buffalo Symphony Orchestra where he sang Salieri in Rimsky-Korsakov’s Mozart and Salieri and additional concerts in New York and Virginia. The 2012–2013 season included a return to Indianapolis Opera for Balthazar, a debut with the Buffalo Philharmonic as the Bass Soloist in the Mozart Requiem, a return to the Virginia Symphony Orchestra in a reprise of the Mozart Requiem and a debut as the Bass Soloist in the Fauré Requiem with the Orchestra of William and Mary.

The 2011–2012 season offered several role and mainstage company debuts as Banquo (Macbeth) for Boston Lyric Opera, 2nd Armored Man for the Dallas Opera, and the 5th Jew and Cappadocian for the Cleveland Orchestra in a debut with the orchestra in Cleveland and at Carnegie Hall. Also in the season, Mr. Stokes returned to Indianapolis Opera to sing Escamillo and recorded Parson Alltalk (Treemonisha). Prior seasons have been equally full for Mr. Stokes. Projects in 2010 and 2011 for Mr. Stokes comprised a company debut with the Washington National Opera singing the role of Jake (Porgy and Bess) along with a company debut with Lake George Opera in a reprise of Escamillo (Carmen), a debut with the Dallas Opera where he added the role of Queequeg to his repertoire as a cover to Jonathan Lemalu in the World Premiere of Jake Heggie’s Moby Dick, a return to the Ravinia Festival to sing Distant Worlds/Final Fantasy with the Chicago Symphony Orchestra, and role debuts as Figaro (Le nozze di Figaro) for San Antonio Opera and Theseus (A Midsummer Night’s Dream) in a return to Boston Lyric Opera.

Important assignments in 2009 included a reprise of Rachmaninoff’s The Bells in debut performances with the Nashville Symphony, a company debut with Boston Lyric Opera as Zuniga (Carmen), debut performances as Mèphistophélès in Faust and Parson Alltalk and Producer #2 in Treemonisha for Opera Memphis and a company debut with the San Francisco Opera in Porgy and Bess. Other performances included Neptune in Monteverdi’s The Return of Ulysses for Chicago Opera Theater, the Imperial Commissioner (Madama Butterfly) for the Ravinia Festival and the Father (La forza del destino) in a performances with Cincinnati May Festival under the direction of the distinguished James Conlon.

A highlight in Mr. Stokes’s 2nd season at the Ryan Opera Center was his Lyric Opera main stage debut in the lead role of General Groves which he performed as replacement for an indisposed principal. Highlights in his first season with the company included Iphigénie en Tauride, Dialogues des Carmélites and Salome with covers of Ferrando (Il Trovatore), the Duke of Verona (Roméo et Juliette), Mandarin (Turandot), and the Marquis (Dialogues des Carmélites). In addition to the replacement performance of General Groves, 2007–2008 season roles include Basilio (Il barbiere di Siviglia) on the main stage for a student matinee, with Zaretsky (Eugene Onegin) and Curio (Giulio Cesare) which he performs in all main stage performances. Cover assignments for the Lyric include Grenvil (La traviata), Colline (La bohème) which he previously performed for Sarasota Opera, and Achilla (Giulio Cesare). Mr. Stokes received the 2005 Leo M. Rogers Scholarship for Outstanding Apprentice and is a award recipient from the prestigious William Matheus Sullivan Musical Foundation.