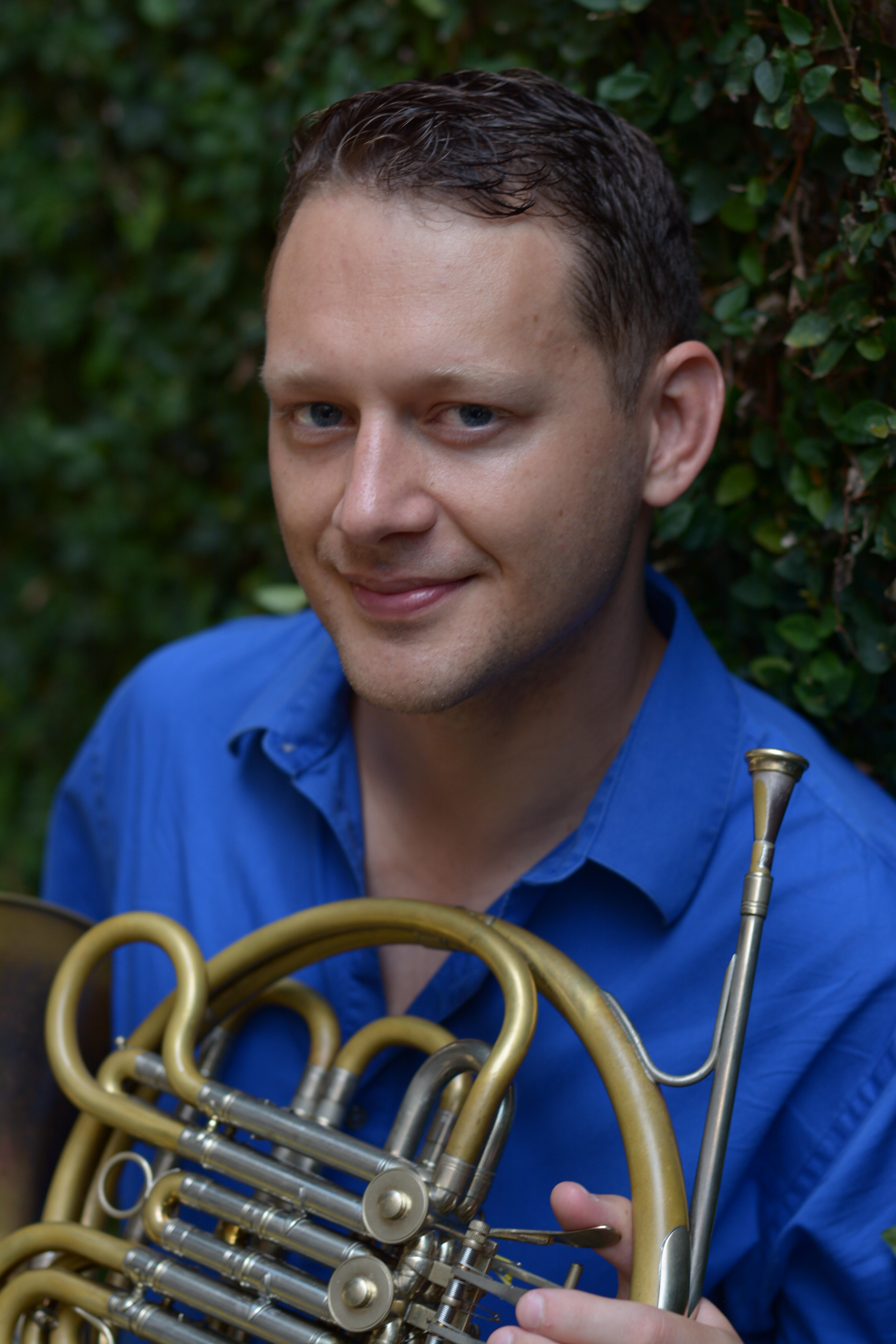 Dominic Rotella is currently Principal Horn of the Richmond Symphony. Prior to this appointment in 2018, he served as Principal Horn of the Orquesta Filarmónica de Santiago (Chile) and has held positions with the Louisville Orchestra, New World Symphony, and Civic Orchestra of Chicago. He performs occasionally as guest principal horn with the Baltimore, Virginia, and Williamsburg Symphony Orchestras, and has played with numerous premier ensembles, including the Chicago, Cincinnati, and Houston Symphony Orchestras. Dominic’s past summer engagements include the Sun Valley Music Festival, Charlottesville Opera, Lake Placid Sinfonietta, and since 2013, an annual appearance at the Lakes Area Music Festival in Brainerd, Minnesota.

Dominic was born in Cincinnati, Ohio, grew up in the small town of Holderness, New Hampshire, then spent twelve years in Louisville, Kentucky. He has now lived in seven states and two countries and finds it increasingly difficult to answer the question, “Where are you from?”