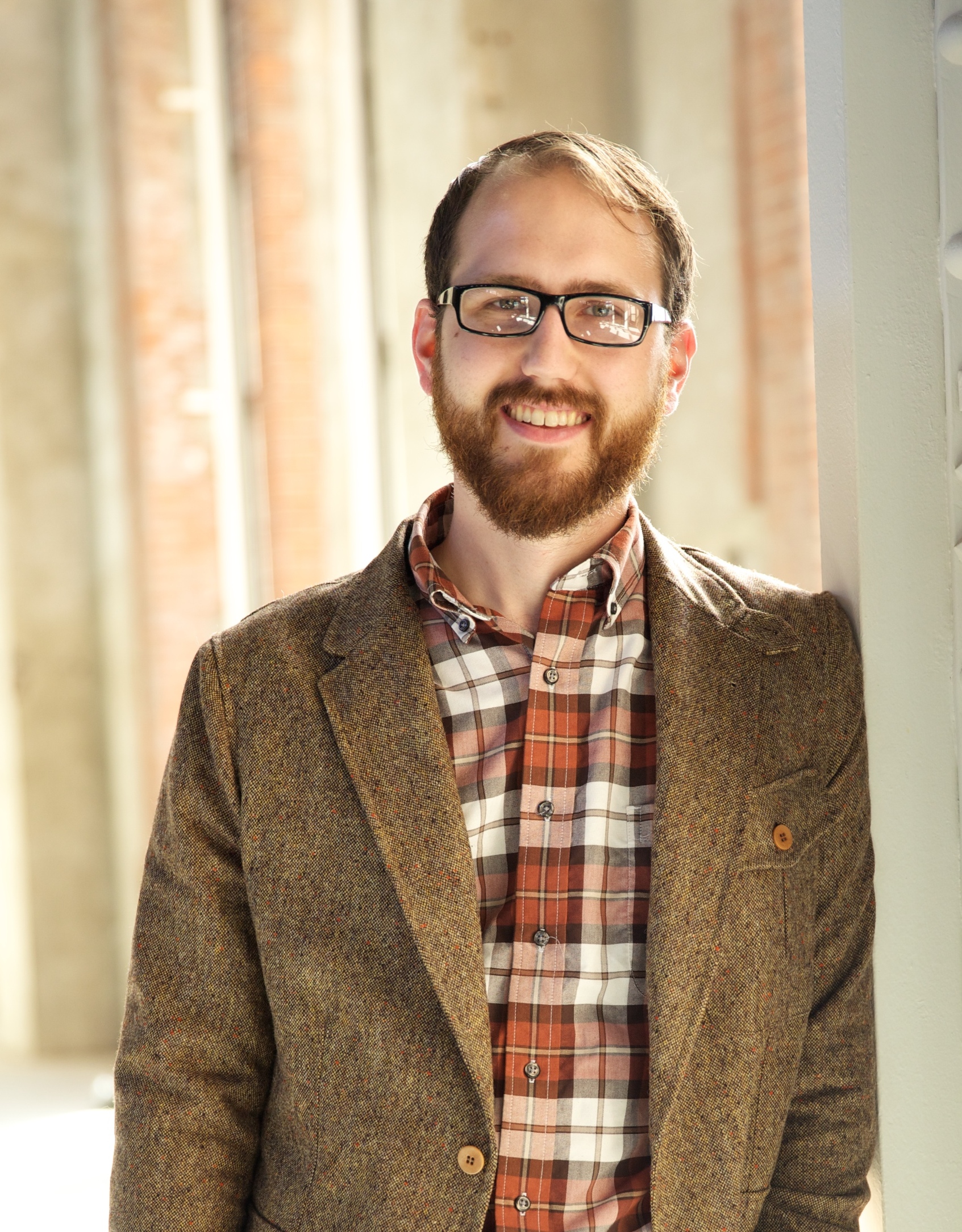 Duncan Robertson is an illustrator and muralist, born and raised in a family of artists and illustrators in Maryland. He pursued Communication Arts and graduated from Virginia Commonwealth University in 2009. After VCU, Duncan attended the Illustration Academy program in Sarasota, Florida. He also received instruction through the Bethany College Applied Arts Program this past fall.

For the last decade, he has made his home and studio in Richmond, Virginia where he lives with his wife, Shannon and their cats, Kolby and Scotch, who is his studio assistant. Learn more about Duncan at http://duncanillustration.tumblr.com/

The soldiers in this illustration reflect many different nationalities and wars. This goes to the dramatic theme of inescapable destruction brought about by past and impending wars. The doves flying against the ranks of soldiers represent the contrasting and powerful thread of hope and plea for peace that Williams spreads through the composition. 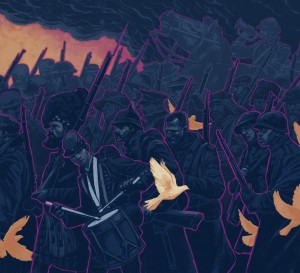