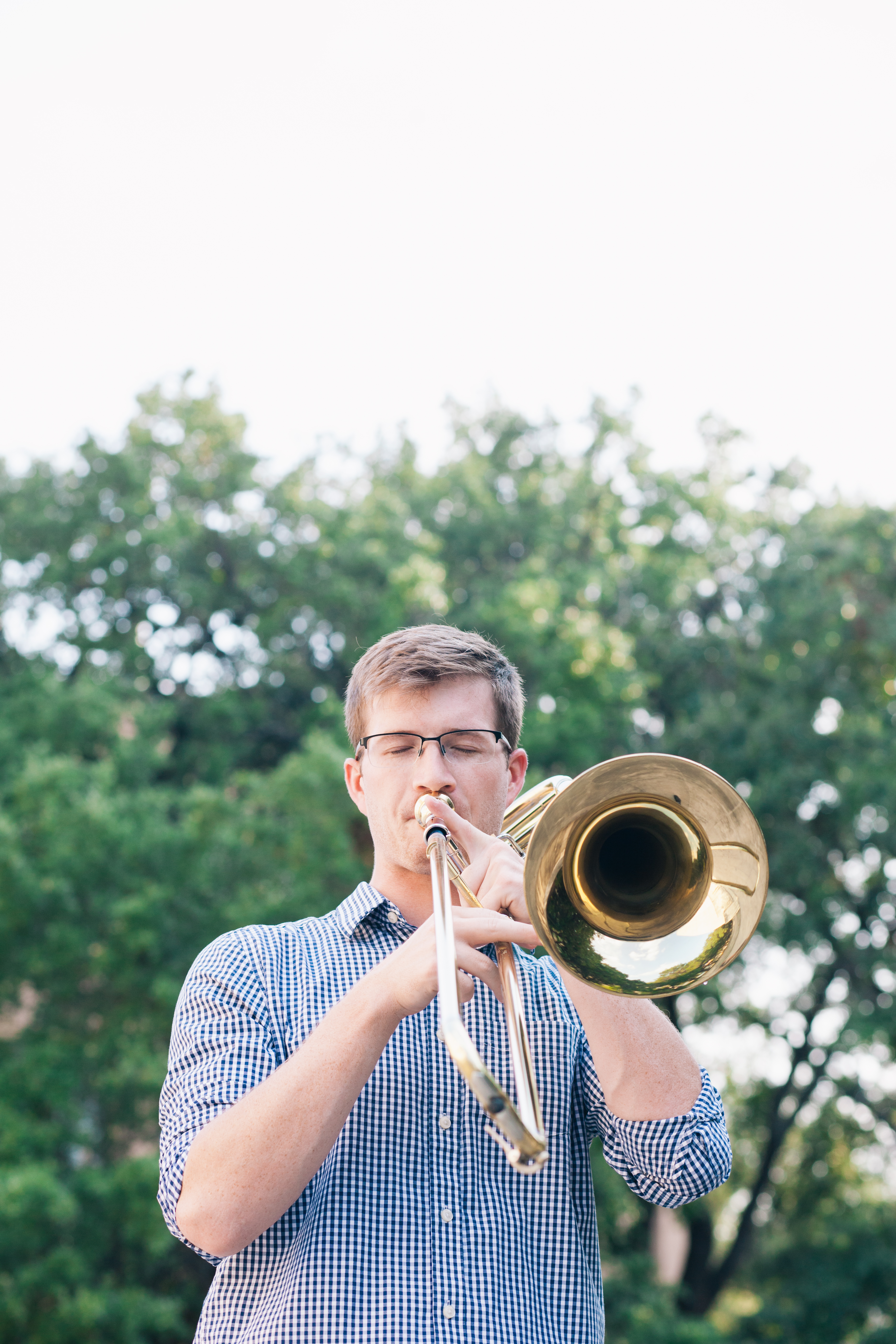 A native of Georgia, Evan Williams holds a Bachelor of Music Performance Degree from Columbus State University, a Master of Music Degree from the University of Texas at Austin (UT), and he is currently working towards a Doctor of Musical Arts Degree in Trombone Performance at UT and worked as a Teaching Assistant for the Trombone Studio. His principal teachers include Nathaniel Brickens and Bradley Palmer.