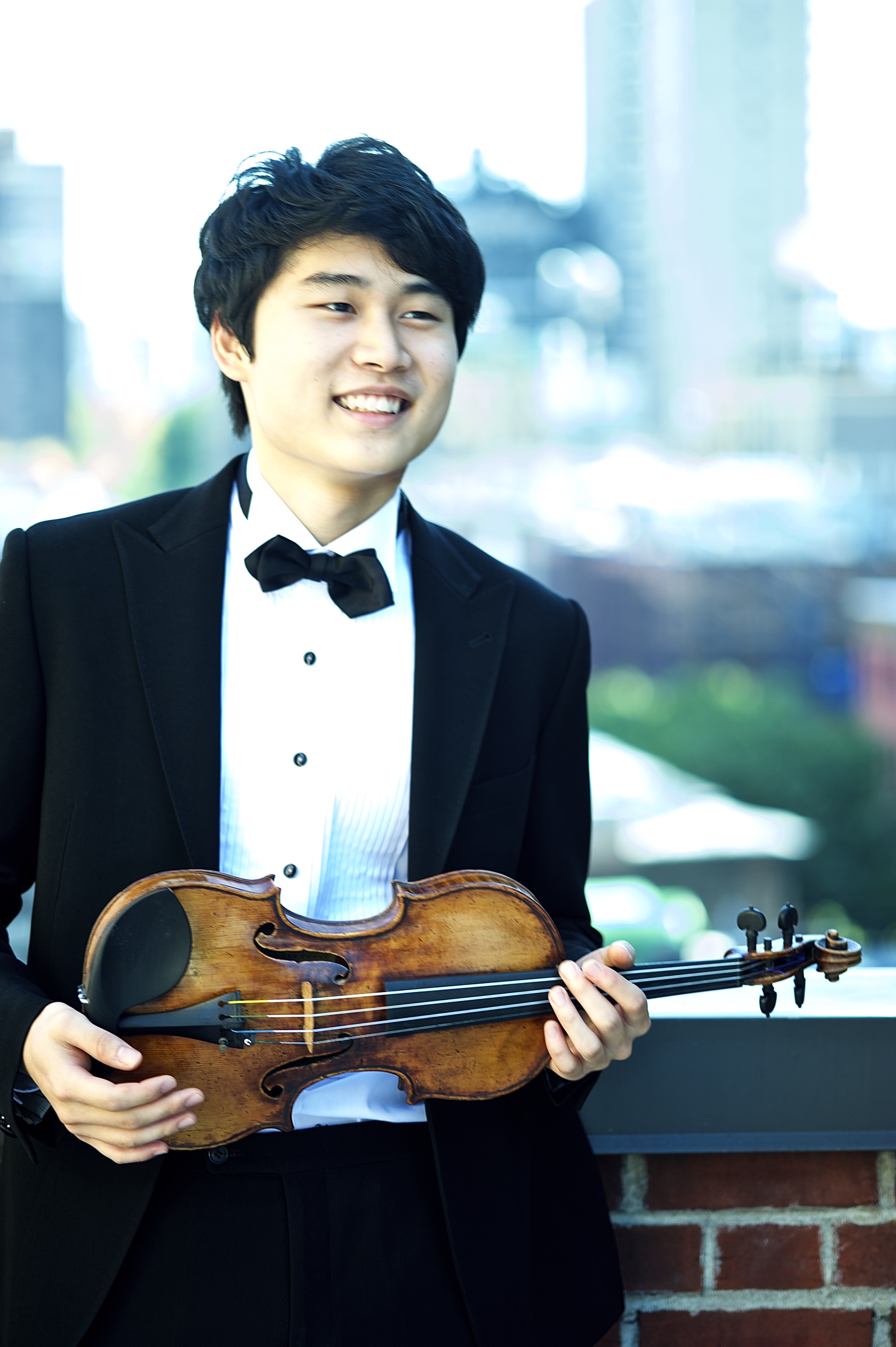 Korean violinist Inmo Yang has been hailed by the Boston Globe for his “…seamless technique and a tender warmth of tone,” combined with “…an ability to project an engaging sense of inner sincerity through his playing.”  In March 2015, he won the 54th International Violin Competition “Premio Paganini” in Genoa, Italy, marking the first time–since 2006–that the Paganini Competition jury awarded First Prize. He also garnered the following special prizes: Youngest finalist, Best performance of the contemporary original piece, and Performance most appreciated by the audience–confirming The Violin Channel’s praise of Inmo as “one of the new generation’s most talented young string virtuosi.”

Inmo has since performed with many prestigious orchestras and renowned recital venues worldwide including his recent Carnegie Hall recital debut at Weill Recital Hall, a concerto engagement with the Danish National Symphony conducted by Fabio Luisi, and a special recital in Genoa using Paganini’s own Guarneri Del Gesu violin.

Early 2018, Inmo began his artist residency with Kumho Cultural Foundation, and will be regularly engaging in solo performances throughout South Korea for the 18-19 season.

As a part of his artist residency with Kumho foundation, Inmo performed all 24 caprices by Niccolo Paganini–the live recording of which will be released by Universal Music Korea late 2018.

Born in Indonesia to a Korean family in 1995, Inmo Yang gave his debut recital at age 11 on the Ewon Prodigy Series in Seoul, followed by his concerto debut at age 15 with the KBS Symphony Orchestra. He graduated from the Korean National Institute for the Gifted in Arts in February 2011 and was then admitted into the Korean National University of Arts as a prodigy in music. He currently attends the New England Conservatory of Music, where he is the only violinist in its highly selective Artist Diploma program.

Inmo plays on the “Joachim-Ma” Stradivari of 1714, the violin used by Joseph Joachim for the premiere performance of the Brahms Concerto, through the generosity of the New England Conservatory.