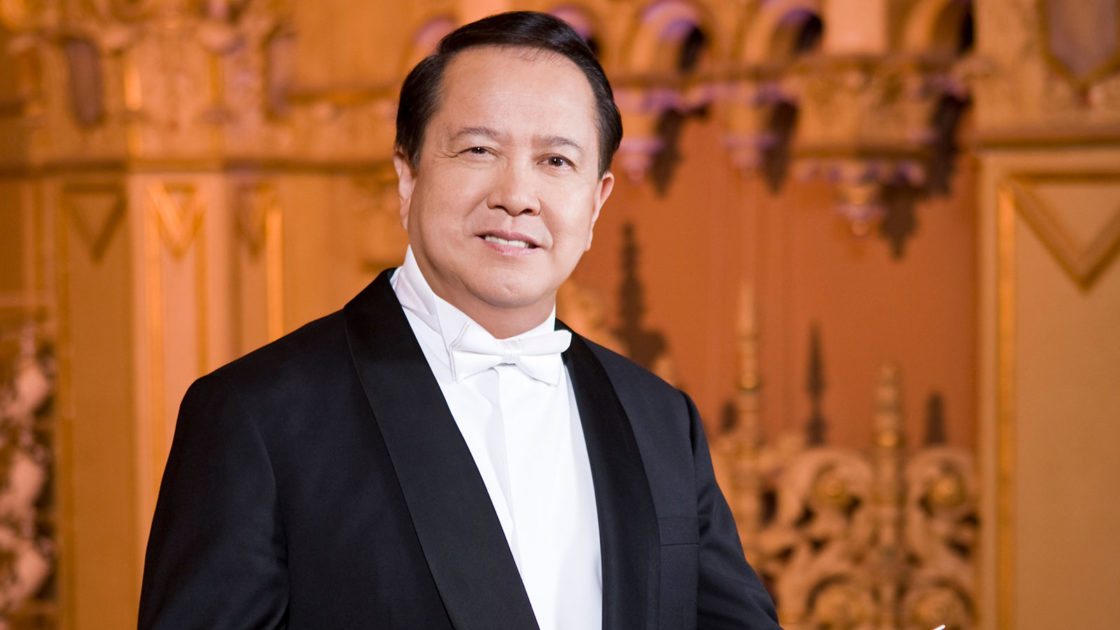 Jahja Ling’s distinguished career as an internationally renowned conductor has earned him an exceptional reputation for musical integrity, intensity and expressivity. Born in Jakarta, Indonesia and now a citizen of the United States, he is the first and only conductor of Chinese descent to hold a music director position with a major orchestra in the US and has conducted all of the major symphony orchestras in North America including Boston, Chicago, Cleveland, Los Angeles, New York, Philadelphia, Pittsburgh and San Francisco.

The 2016-17 season marked Mr. Ling’s 13th and final season as Music Director of the San Diego Symphony. Mr. Ling is universally praised for his work in building the San Diego Symphony Orchestra from post-bankruptcy state into one of the top tier major orchestra during his 13-year tenure. He has appointed more than 70 new musicians from all over the world to form this remarkable ensemble and together they have collaborated with world’s greatest soloists. In October of 2013, Mr. Ling led the orchestra in their first appearance at Carnegie Hall, followed by their first international tour to China where they appeared in five concerts. Together they have recorded works for Telarc Records and Naxos, and eight other CDs on the orchestra’s own label. The orchestra has named him their first Conductor Laureate in its history.

Mr. Ling made his European debut with the Leipzig Gewandhaus Orchestra in 1988 and has appeared with the Philharmonic Orchestras of China, Copenhagen, Hong Kong, Netherlands (Radio), London (Royal) and Stockholm; the Symphony Orchestras of Berlin (Radio), Guangzhou, Hangzhou, Jakarta, Leipzig (MDR), Taiwan, Hamburg (NDR), Shanghai, Singapore and Sydney; and the Chamber Orchestras of Lausanne and Scotland.

Mr. Ling began playing piano at the age of four under the tutelage of Suzy Djoeandy and Rudy Laban. He studied piano and conducting at Juilliard where he earned bachelor’s and master’s degrees. Mr. Ling continued his conducting study at Yale School of Music where he earned a Doctor of Musical Arts. He was awarded the Leonard Bernstein Conducting Fellowship at Tanglewood Music Center and the Los Angeles Philharmonic Institute under Mr. Bernstein. He was awarded an honorary doctorate from Wooster College in 1993. Mr. Ling recently received the Bravo Classical Music Icon Lifetime Achievement Award from San Diego County for his contribution to enriching the cultural life of San Diego. He makes his home in San Diego with his wife, Jessie, and their young daughters Priscilla and Stephanie.