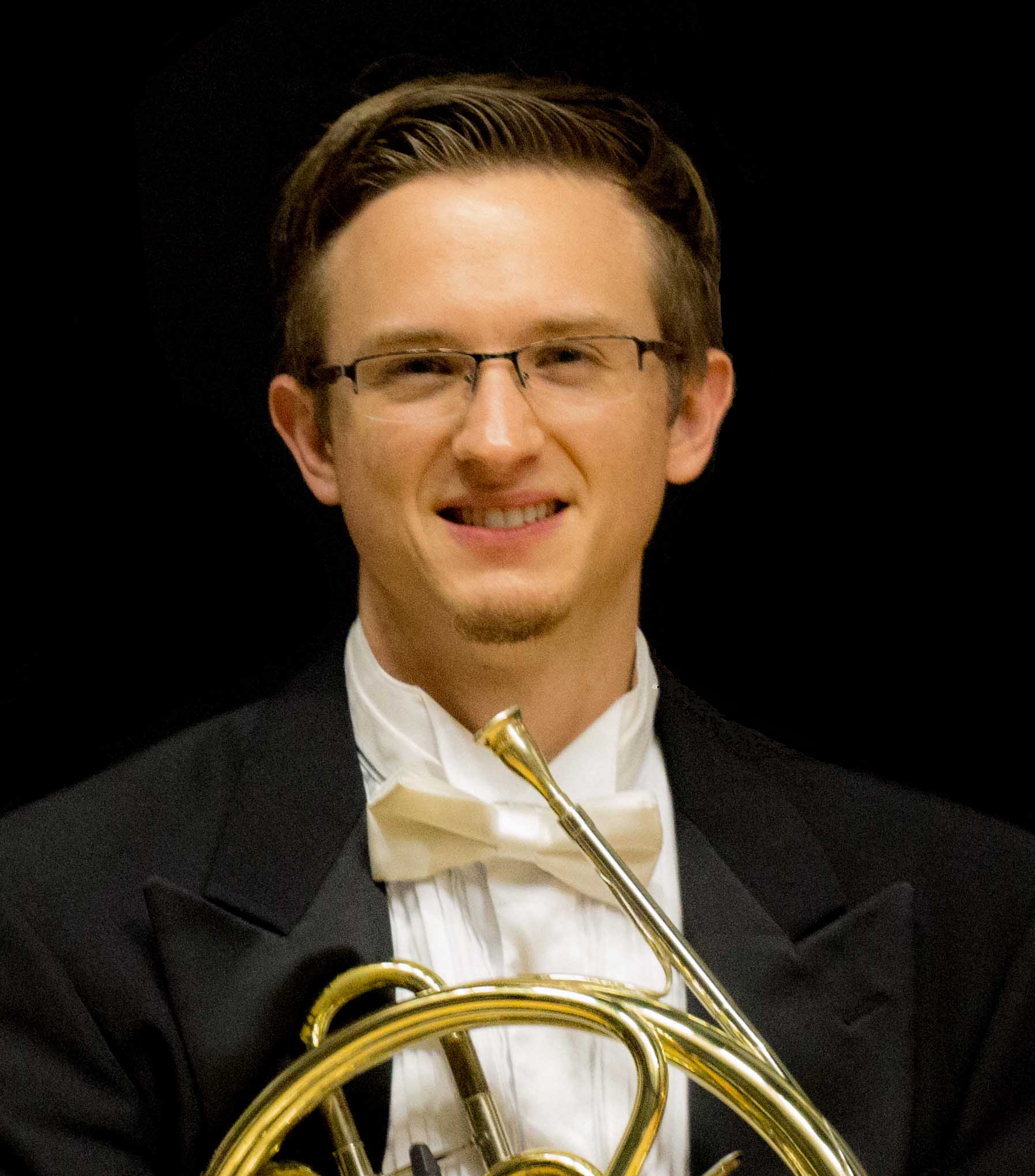 An Atlanta native, James began piano studies at age 6, and when singing as an 11-year-old choir boy behind the horn section of the Atlanta Symphony Orchestra with Robert Shaw in 5th grade, he was inspired to pursue a career in the horn. Soon after he began studies with Richard Deane, and in 2003 he was the recipient of the Jon Hawkins Memorial Scholarship of the International Horn Society. Soon after a timely family move to Germany, where he studied with horn legend Hermann Baumann, he was accepted to the Juilliard School with Presidential Distinction to study with Jerome Ashby (BM) and William Purvis (MM). Upon graduation, he joined the New World Symphony in Miami under music director Michael Tilson Thomas.

Solo appearances include the Britten Serenade for Tenor, Horn & Strings with the RSO and Messiaen’s Des Canyons aux Ètoiles at Juilliard. When he performed Glière’s Horn Concerto as a member of the New World Symphony, the South Florida Classical Review wrote, “The accuracy of James Ferree’s playing stood out…and [James] displayed a mastery of the instrument that allowed him to paint all the moods…golden sounds.”

James has performed with the orchestras of Atlanta, Virginia, Florida, Jacksonville, Charleston, and Kansas City. In 2015 he joined the Los Angeles Philharmonic on their Asia Tour, and a recording of Mahler Symphony No. 6 for upcoming release (TBD), under the direction of Gustavo Dudamel. He can also be heard alongside the American Brass Quintet in their 50th Anniversary album. During the summers, James is a member of the Verbier Festival Chamber Orchestra in Switzerland, with whom he joined in violinist David Garrett’s 2014 Germany tour. James has also participated in the festivals of Tanglewood, Spoleto USA, and Music Academy of the West.

James is active locally as a chamber artist, performing with the Atlantic Chamber Ensemble, Richmond Chamber Players, Chamber Music Society of Central Virginia, and the Staunton Music Festival. As a teacher, James enjoys masterclass engagements at universities throughout the region.

While at Juilliard, James also devoted study to composition and theory with Dr. Philip Lasser and Eric Ewazen, and James’s Sonata on its Knees was premiered by renowned horn soloist David Jolley. More recent premieres include his piece for violin and piano, Love for a Sweater, with RSO concertmaster Daisuke Yamamoto, and his quintet For a Newborn with the RSO’s principal winds.

James resides in Richmond with his two cats, who do not like the horn but do like eating bugs. When not performing, he enjoys a good game of baseball or disc golf, reading a book over coffee, and participating at his church.