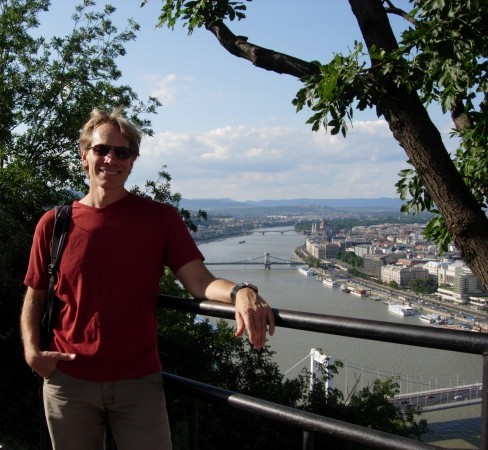 Besides orchestral performance, Mr. Jacobson also teaches at the College of William & Mary, Christopher Newport University, Virginia Commonwealth University, and the University of Richmond. He has also given master classes and concerts on multiple occasions at the annual International Percussion Festival in Patagonia, Argentina, and has been a guest recitalist at the International Percussion Conference in Espinho, Portugal. As timpani soloist, Mr. Jacobson has performed concertos on three different occasions with the Richmond Symphony (Johann Fischer’s Symphony with 8 Obbligato Timpani, Druchetzky’s Partita in C Major for Six Timpani, and David Schiff’s Speaking in Drums); and he performed marimba duos with his teacher Keiko Abe on tour in Japan and the US.

James also enjoys traveling, languages, skiing, motorcycles, and being in the company of cats. Additionally, he produced pop music and played in the punk/rock band Big Fun in Los Angeles, spent several years living in Germany and Japan, and ran with the bulls in Pamplona, Spain.