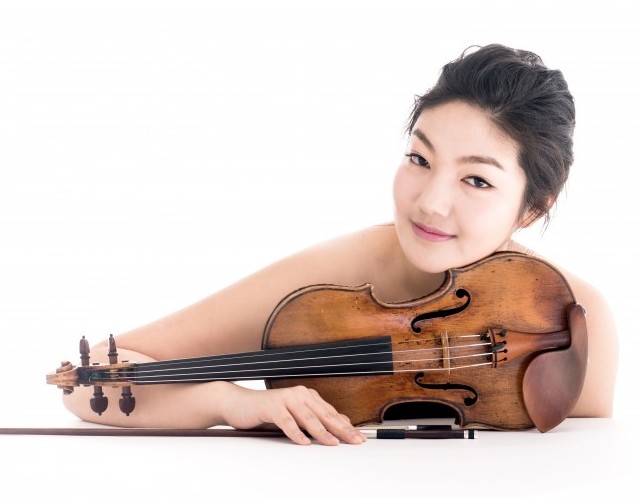 Critically acclaimed violinist Jinjoo Cho has established herself as one of the most vibrant, engaging and charismatic violinists of her generation. Gold Medalist of the 2014 Ninth Quadrennial International Violin Competition of Indianapolis, Jinjoo made her first appearance on the international music scene when she garnered the First Grand Prize and Radio Canada’s People’s Choice Award at the 2006 Montreal International Musical Competition at age 17. Times Argus of Montreal proclaimed her performance of Shostakovich Violin Concerto as possessing “an undeniable charisma and depth…with an intense lyricism and heartfelt tenderness that sent shivers up the spine.”

Jinjoo’s biggest passion is arts education and audience engagement. As a result, she is the founder of a new chamber music program for high school and college students in Cleveland, Ohio named the Encore Chamber Music Institute. The institute will have its inaugural season this summer. Additionally, Jinjoo was just appointed to the part-time faculty of Oberlin Conservatory teaching violin and coaching chamber music. Another project of hers on the opposite side of the globe is Classical Revolution Korea, where musicians travel all across Korea to give free concerts and meet audiences in cafés.

Born in Seoul, Korea, Jinjoo moved to Cleveland, Ohio at the age of 14 to study at the Cleveland Institute of Music as a Young Artist Program student. Jinjoo finished her Bachelor of Music degree both at the Curtis Institute of Music and the Cleveland Institute of Music (CIM) with Joseph Silverstein, Pamela Frank, and Paul Kantor, who has been her mentor since 2001. She received her Master of Music and Professional Studies degree from CIM, having studied with Jaime Laredo. Jinjoo has spent the summers at the Aspen Music Festival, Perlman Music Program Chamber Music Workshop, Music@Menlo and the Chamber Music Residency Program at The Banff Centre with her pianist Daniel H.S. Kim as Duo Istas. Duo Istas regularly tours in North America with intensely creative programs that feature seldom played works and contemporary repertoire.