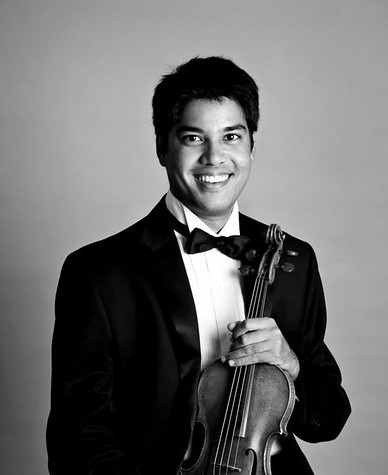 Violinist Justin Gopal has performed as a soloist, chamber musician and orchestral musician throughout North America, Europe and Asia. A native of Canada, he graduated from the University of Maryland with a Master’s degree under the tutelage of Elisabeth Adkins, Associate Concertmaster of the National Symphony Orchestra. Previously he studied with Kathleen Winkler at Rice University under a Shepherd School of Music merit scholarship. Justin has participated in various music festivals and competitions, which have led to appearances in the national finals of the Canadian Music Competition, as well as his solo debut performance with the Buffalo Philharmonic Orchestra. He has worked with members of the Guarneri, Kronos and Audubon Quartets, and has also performed under the batons of Larry Rachleff, Michael Stern, JoAnn Falletta and Itzhak Perlman.