I took Strauss’ Don Juan to be a musical reflection of Don Juan himself on each of the affairs he secured over the course of his romantic conquests. I aimed to subtly portray his musings while also depicting his eventual fate by centrally placing Don Juan’s figure falling into a void, surrounded by the multitude of mistresses he managed to seduce.

Learn more about Justin at http://iamjustintran.com/ 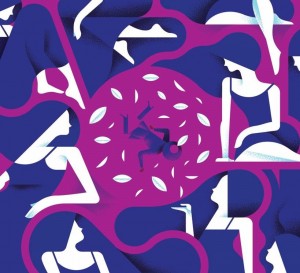