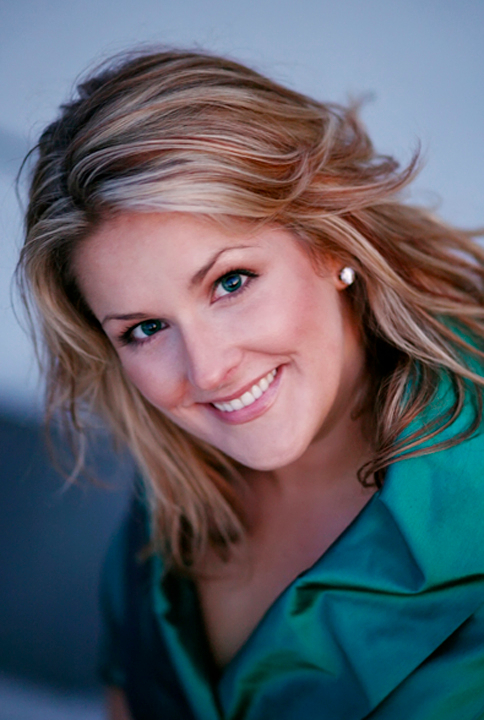 American mezzo-soprano Kathryn Leemhuis is widely gathering acclaim for having “a large, beautiful, dark instrument, intelligently used, and spot-on dramatic timing” (St. Louis Today). Her voice has been described as having a “sweet, penetrating vocal timbre and refined fit” (La Nacion Line), that is “stunning in its combination of musical and dramatic nuance” (Living at the Opera).

The recent 2012–2013 season found Ms. Leemhuis as the mezzo soloist in Haydn’s Missa in Angustiis with Chicago’s Music of the Baroque, and as the mezzo soloist with the Apollo Chorus of Chicago in Handel’s Messiah. She performed one of her staple roles, Hänsel, in Humperdinck’s Hänsel und Gretel with the Macon Symphony Orchestra, and made her role and company debut as Florence Pike in Britten’s Albert Herring with Florentine Opera. Additionally, Ms. Leemhuis performed Berlioz’s Les nuits d’été with the Richmond Symphony and the performance was graciously embraced: “Her dark lower register tones seemed to fill the considerable space of the Carpenter Theatre and impose a profound quiet on both the accompanying musicians and the audience. It was a remarkable display of artistry exercising spell-binding authority” (Virginia Classical Music Blog). Ms. Leemhuis performed the role of Carrie in Ash Lawn Opera’s production of Rodger & Hammerstein’s Carousel. She will sing Dorabella in Fort Worth Opera’s upcoming 2014 production of Mozart’s Così fan tutte.

The 2011–2012 season found Ms. Leemhuis understudying the role of Giulietta in Offenbach’s Les contes d’Hoffmann at the Lyric Opera of Chicago. She made her role debut as Suzuki in DuPage Opera’s production of Puccini’s Madama Butterfly, and sang the mezzo solo in Mendelssohn’s Die erste Walpurgisnacht with the Richmond Symphony Orchestra. Ms. Leemhuis also recently returned to Opera Theatre St. Louis as Dorabella in a new production of Mozart’s Così fan tutte to great success. As stated in an Opera News review, “As Dorabella, mezzo-soprano Kathryn Leemhuis matched Willis-Sorensen in vocal beauty and musical sophistication, and showed a wonderful comic side, drowning her grief in macaroons and rendering ‘Smanie implacabili’ as a petulant rant.” Ms. Leemhuis’ 2010–2011 season included her role and company debut as Amaltea in Rossini’s Mosè in Egitto at the Chicago Opera Theater. She also sang the role of Paquette in Bernstein’s Candide both with the esteemed Ravinia Festival and with the Los Angeles Philharmonic at the Hollywood Bowl. Making her DuPage Opera debut, Ms. Leemhuis sang the role of Zita in Puccini’s Gianni Schicchi, and rounded off her season as Zerlina in Opera Theatre St. Louis’ production of Mozart’s Don Giovanni.