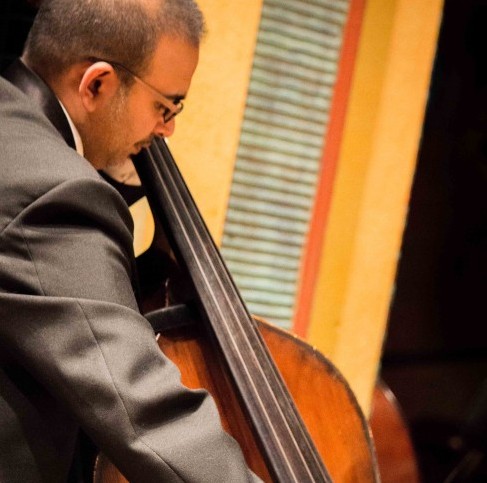 A native New Yorker, Richmond Symphony bassist Kelly Ali was raised in the Bronx and later Queens Village. He was a member of the first graduating class of The Juilliard School’s music advancement program and bookended his New York tutelage in the studio of James VanDemark, earning a Bachelor of Music from the Eastman School of Music. Mr. Ali has participated in music festivals throughout the United States and Europe and earned a Master of Music from the University of Maryland as a student of Curtis Burris. His orchestral experience also extends to ensembles such as the Virginia Symphony Orchestra, National Philharmonic, Baltimore Symphony Orchestra and Williamsburg Symphonia. Along with orchestral performances and his post as Adjunct Professor of Bass at Virginia Commonwealth University, Mr. Ali has also dedicated performance time to chamber music with colleagues such as the Ying Quartet, members of the Guarneri Quartet and the Chamber Music Society of Charlottesville.