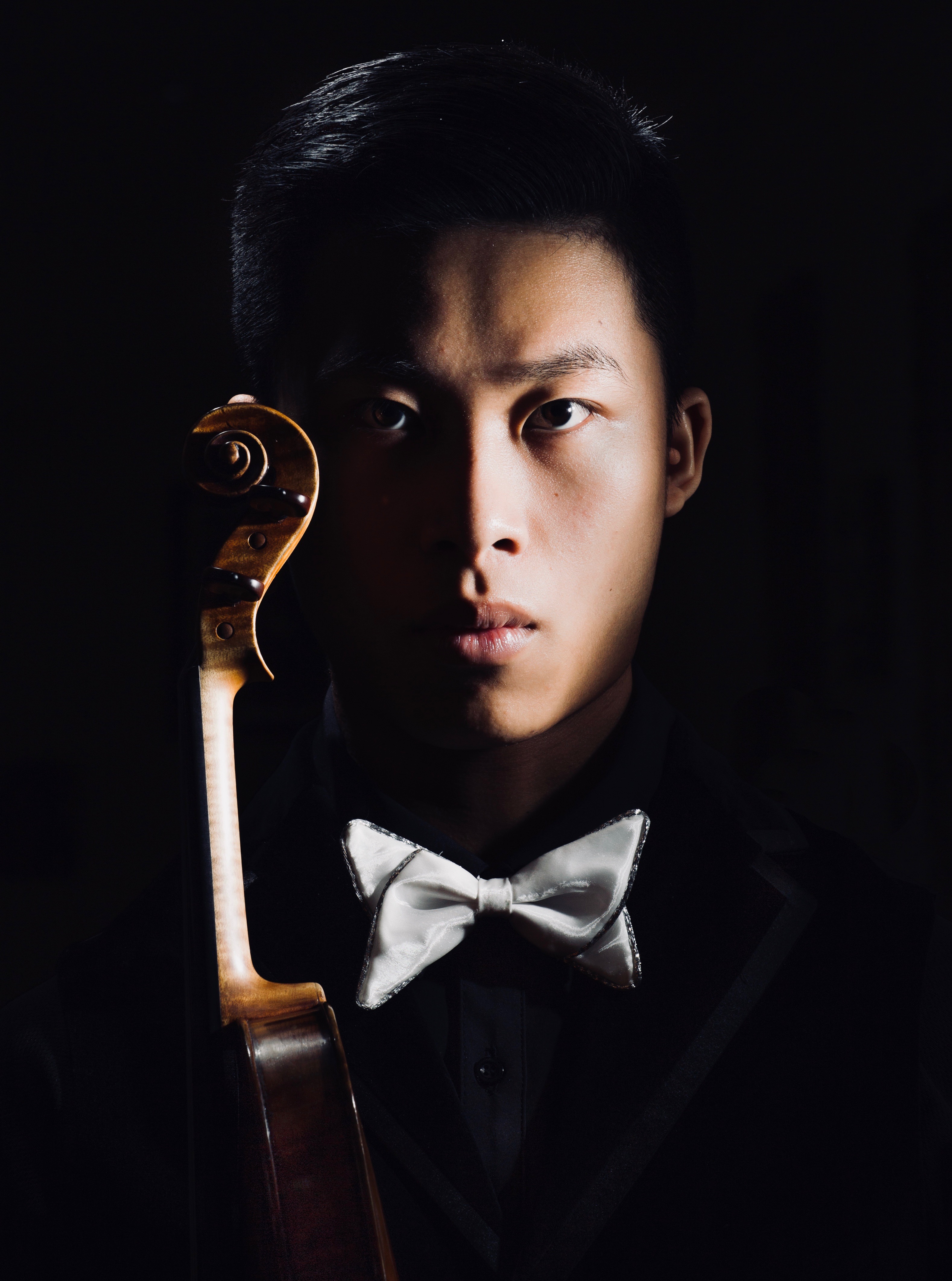 Kerson Leong first took the music world by storm in 2010 by winning the coveted Junior First Prize at the prestigious Menuhin Competition. Ever since, the young Canadian violinist has astonished and won over both fellow musicians and audiences alike the world over with a consummate and innovative mastery of his instrument, his natural command over the subtlest of emotions, and the colossal scope of his live performances.

In the 2018/2019 season, Kerson is Artist-in-Residence with the Orchestre Métropolitain de Montréal under Yannick Nezet-Seguin. Other highlights include debuts with the Sinfonieorchester Wuppertal, Orchestre Philharmonique Royal de Liège, and Vancouver Symphony Orchestra. He is in regular demand as a soloist, having performed with such ensembles as the Royal, Oslo, and Kansai Philharmonic Orchestras, Vienna Chamber Orchestra, the Stavanger, Toronto, Montreal, Quebec, and Stockton Symphony Orchestras, the Orchestre national de Lorraine, and the Orquestra Gulbenkian.

Kerson is also an avid and passionate chamber musician. Since his debut at the Gstaad Menuhin Festival in Switzerland in 2011, he has been featured at many renowned international festivals and concert series, including the Verbier Festival, Rheingau Musik Festival, Festspiele Mecklenburg-Vorpommern, Fränkischen Musiktage, Flâneries Musicales de Reims, Bergen International Festival, Trasimeno Music Festival, Schiermonnikoog Chamber Music Festival, Toronto Summer Music Festival, Ottawa Chamberfest, Music and Beyond, Montreal Symphony Orchestra’s Virée classique, and Domaine Forget International Music Festival among others. Kerson released Bis, his first album for Analekta showcasing a collection of encore pieces, to critical acclaim.  He recorded John Rutter’s Visions with the composer himself and the Aurora Chamber Orchestra for Collegium Records, after giving its world
premiere in London, UK. Since 2015, Kerson has been an Artist-in-Residence at the Queen Elisabeth Music Chapel in Belgium, mentored by Augustin Dumay. He has also been strongly influenced in his artistic development by Jonathan Crow. Teaching is a growing passion for Kerson, having taught at the Indiana University Jacobs School of Music, University of Ottawa, and Memorial University of Newfoundland. He has always been keen on making connections between music and other fields. Ever since his father started introducing him to physics concepts about string resonance, they have strongly influenced his playing and philosophy on sound production. Together with his father he has given lectures about this subject in places such as the Central Conservatory of Music in Beijing, Barratt Due Institute of Music in Oslo, and various universities in California.