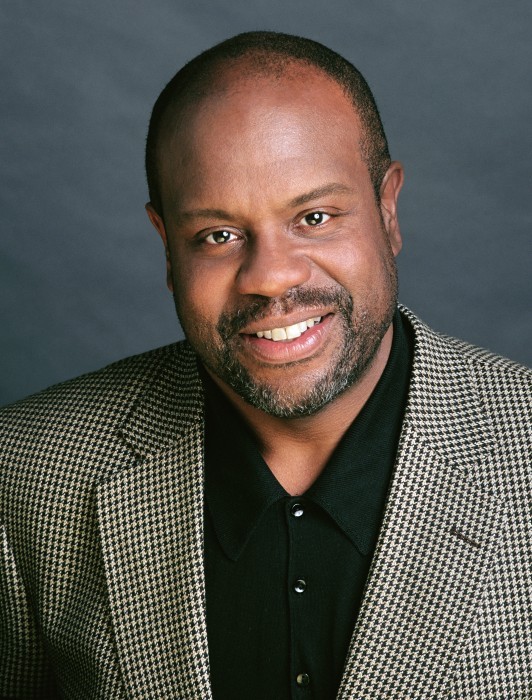 Kevin Deas has gained international renown as one of America’s leading bass-baritones. He is perhaps most acclaimed for his signature portrayal of the title role in Porgy and Bess, having performed it with the New York Philharmonic, Philadelphia Orchestra, National Symphony, Saint Paul Chamber Orchestra, Pacific Symphony and the symphonies of Atlanta, Baltimore, Calgary, Columbus, Detroit, Florida, Hartford, Houston, Milwaukee, Minnesota, Montreal, San Diego, San Francisco, Seattle, Utah and Vancouver, and at the Ravinia, Vail and Saratoga festivals. He repeats the role during the 2015–2016 season with the Orquesta Sinfónica Nacional de Mineria and the Dallas and Buffalo Symphonies.

Kevin Deas’ other engagements during the 2014–15 season included Beethoven’s Symphony No. 9 with the Bach Festival Society of Winter Park and the Pacific, Phoenix and Richmond Symphonies; Haydn’s Lord Nelson Mass, the Duruflé Requiem, and a concert of Bach Cantatas with the National Philharmonic; Messiah with Pacific MusicWorks and the Alabama Symphony; Frank Martin’s Golgotha with the New Amsterdam Singers; the Brahms Requiem with Vox Ama Deus; Mozart Requiem with the Baltimore Choral Arts Society; and Elgar’s The Apostles with the Bucks County Choral Society.

A strong proponent of contemporary music, Kevin Deas was heard at Italy’s Spoleto Festival in a new production of Menotti’s Amahl and the Night Visitors in honor of the composer’s eighty-fifth birthday, which was videotaped for worldwide release. He has also performed the world premieres of Derek Bermel’s The Good Life with the Pittsburgh Symphony and Hannibal Lokumbe’s Dear Mrs. Parks with the Detroit Symphony. His twenty-year collaboration with the late jazz legend Dave Brubeck has taken him to Salzburg, Vienna and Moscow in To Hope!, and he performed Brubeck’s Gates of Justice in a gala performance in New York during the 1995–96 season.

Kevin Deas has recorded Wagner’s Die Meistersinger for Decca/London with the Chicago Symphony under the late Sir Georg Solti and Varèse’s Ecuatorial with the ASKO Ensemble under the baton of Riccardo Chailly. Other releases include Bach’s Mass in B-minor and Handel’s Acis and Galatea on Vox Classics; Dave Brubeck’s To Hope! with the Cathedral Choral Society on the Telarc label; and Haydn’s Die Schöpfung with the Virginia Symphony and Boston Baroque for Linn Records. June 2014 marks the release of Dvorak in America (Naxos), featuring Mr. Deas performing the world premiere recording of Dvorak’s “Hiawatha Melodrama” and Dvorak’s arrangement of “Goin’ Home” with the PostClassical Ensemble.