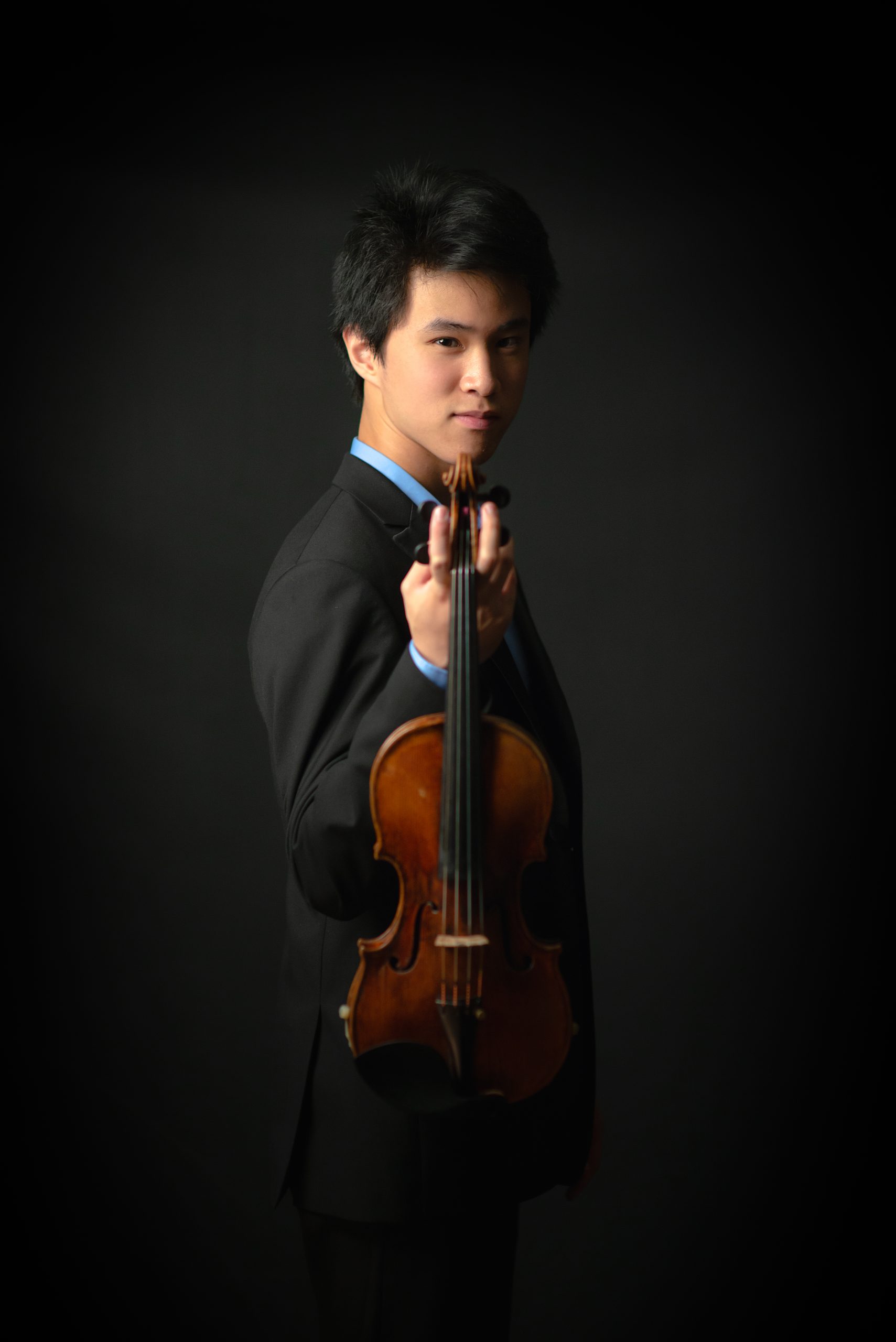 Nineteen-year-old Kevin Zhu has amassed an outstanding record of concert performances and competition wins since he began playing violin at age three. Praised for his “awesome technical command and maturity” (The Strad) and “absolute virtuosity, almost blinding in its incredible purity” (L’ape musicale), Kevin regularly performs on the world’s largest stages, ranging from Carnegie Hall in New York to London’s Royal Festival Hall to the Forbidden City Concert Hall in Beijing. Initially coming to international attention after winning the 2018 Paganini Competition and 2012 Yehudi Menuhin Competition, he has established himself as a leading figure among the next generation of musicians, astonishing audiences with his peerless technical mastery and inimitable artistic voice.

In the 2020-21 season, Kevin will make debuts with the Moscow State Symphony Orchestra, Polish Baltic Philharmonic, and Colorado Springs Philharmonic, and returns to the Teatro Carlo Felice in Genoa performing Elgar’s Violin Concerto. He also performs solo recitals in Dresden, New York City, and Washington, D.C., embarking on a project to perform Paganini’s complete 24 Caprices in one concert, one of few violinists to ever do so.

Recent orchestral highlights include concerto appearances with the Pittsburgh Symphony Orchestra, Moscow Virtuosi, and China Philharmonic Orchestra. A highly sought-after recitalist, he has toured across the United States and Europe with repertoire ranging from Beethoven to contemporary commissions. Kevin is also a passionate chamber musician, collaborating with artists such as Itzhak Perlman, Lawrence Power, and Jan Vogler.

In addition to his efforts on stage, Kevin serves as a Culture Ambassador of the Lin Yao Ji Music Foundation of China. He has repeatedly been featured on BBC Radio 3, NPR’s From the Top, and RAI Radio 3.

Kevin is a proud recipient of a Kovner Fellowship at The Juilliard School, where he studies with Itzhak Perlman and Li Lin. Kevin performs on the c1722 “Lord Wandsworth” Antonio Stradivari violin, which is on loan from the Ryuji Ueno Foundation and Rare Violins In Consortium, Artists and Benefactors Collaborative.