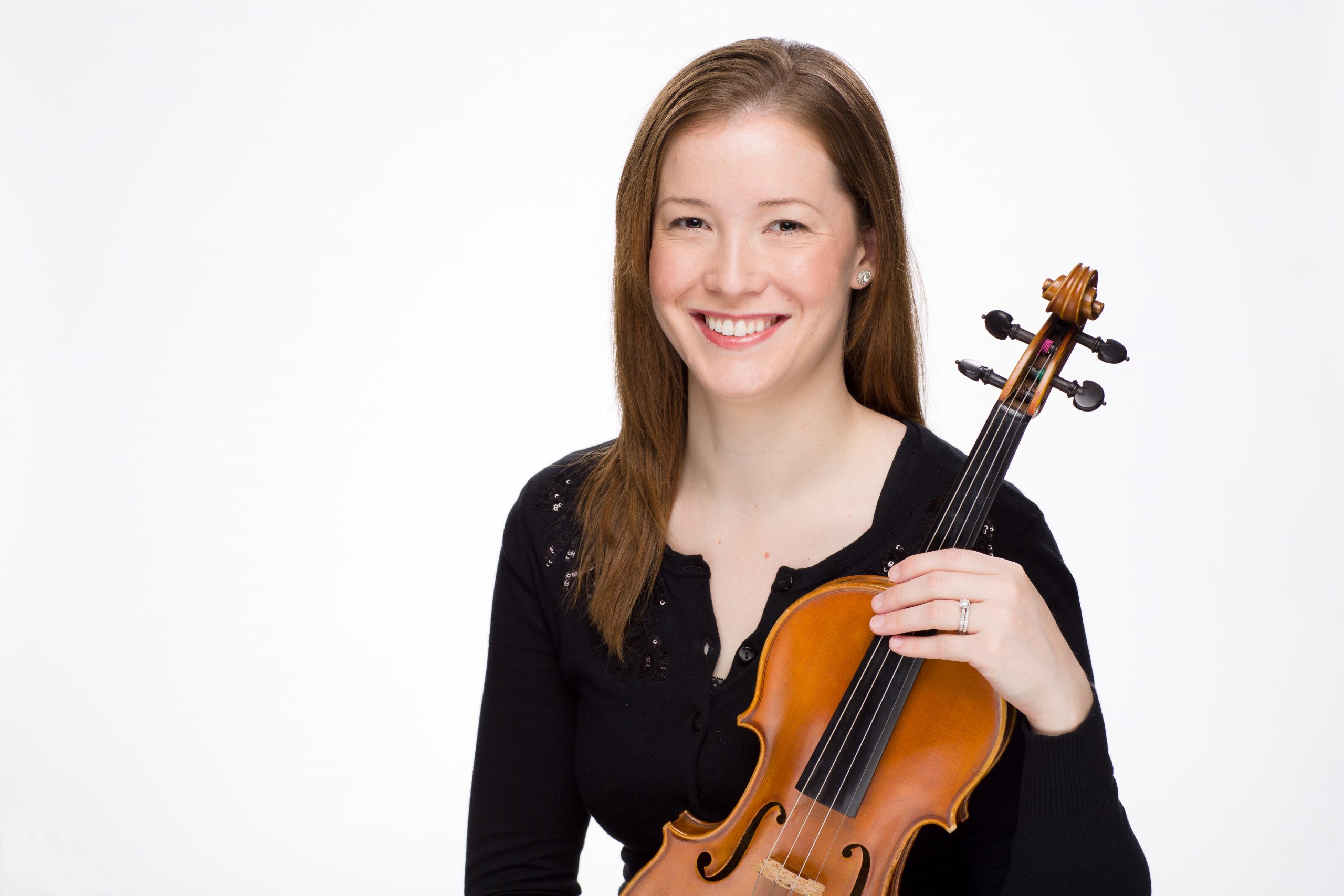 Violinist Laura Frazelle grew up in Washington State and settled in Virginia after graduate school, where she has worked extensively as both a performer and educator. She has been a core member of the Williamsburg Symphony Orchestra since 2016, and served as a section violinist with the Richmond Symphony for the 2018-2019 season. She has performed with many groups in the tri-state area, including the Baltimore Symphony, Virginia Symphony, Annapolis Symphony, Washington Concert Opera, Choral Arts Society of Washington, Choralis, New Orchestra of Washington, Urban Arias, Maryland Lyric Opera, and Virginia Opera Company. She served as Assistant Principal 2nd violin with the American Pops Orchestra from 2015 to 2020. She has performed many times with the Post-Classical Ensemble, including for the album “American Classics” by Bernard Herrmann for Naxos Records. Ms. Frazelle was a featured soloist with orchestra on several occasions, most recently playing Ravel’s Tzigane with the Heights Chamber Orchestra in 2014.

A notable educator, Ms. Frazelle received the Virginia String Teachers Association’s 2021 Outstanding String Teacher of the Year Award in recognition of her private studio. Previously, she was on the Suzuki faculty of the Levine School of Music for the 2014-2015 school years, served on the Board of Directors for the  Suzuki Association of the Greater Washington Area (SAGWA) from 2016-2018, and was invited to join the faculty at the Greater Washington Suzuki Institute in 2017 and 2018.

In addition to music, Ms. Frazelle enjoys reading, baking, and spending time with her family and dog. She resides with her two young sons and husband Daniel, the Assistant Principal Clarinetist of the United States Navy Band.