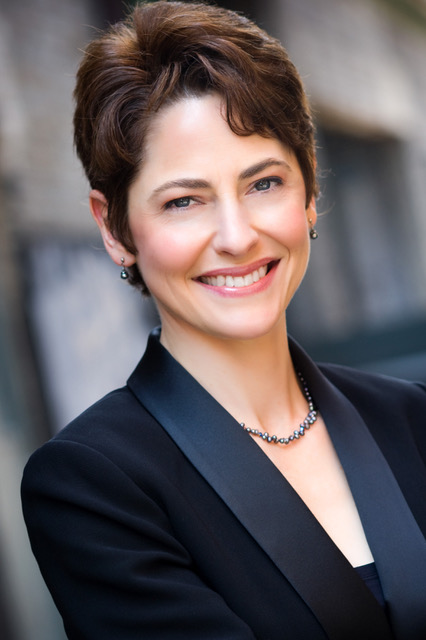 Her passion and drive have helped the Reno Philharmonic reach new heights with cutting edge composer-in-residence projects, vibrant performances of traditional repertoire, and collaborations that captivate the enthusiasm of the local community as well as the symphonic industry nation-wide. Currently she is spearheading a project celebrating the 50th anniversary of the Reno Phil and also the 150th anniversary of one of the city’s formative historic events, the completion of the transcontinental railroad. She has invited a consortium of orchestras to join the Reno Phil in commissioning a new work by composer Zhou Tian. Partnering orchestras include the symphonies of Utah, Omaha, Evanston, Boise and Sacramento and the list continues to grow.

In addition to concerts with the Reno Philharmonic, Ms. Jackson guest conducts nationally and internationally. Recent performances have included concerts with the symphonies of Eugene, Hartford, Charlottesville, Hawaii, Flint, the Philly POPS and L’Orchestre symphonique de Bretagne in France. In addition, Jackson recently returned to perform with the Atlanta Symphony where she previously served as their first-ever female assistant conductor from 2004-7.

Jackson recorded Michael Daugherty’s Time Cycle on Naxos with the Bournemouth Symphony in partnership with Marin Alsop and received an invitation from the U.S. State Department in 2013 to serve as the first American to lead the Algerian National Orchestra. Other international engagements include concerts in China and the Philippines. In North America, she has performed with the symphonies of Alabama, Baltimore, Berkeley, Detroit, Phoenix, San Antonio, Toledo, Toronto, Windsor, and Winnipeg, among others.

Prior to her appointment in Atlanta, she studied conducting at the University of Michigan and spent summers at the Boston Symphony Orchestra’s Tanglewood Music Center in 2002 and 2003. As the Seiji Ozawa Conducting Fellow at Tanglewood, she conducted numerous concerts featuring both traditional and contemporary repertoire.

Ms. Jackson spent her early childhood in Virginia and Pennsylvania before moving at age 11 to Plattsburgh, NY, where she grew up waterskiing, swimming, and sailing on Lake Champlain. She fell in love with the violin in public school, later attending the North Carolina School for the Arts to finish high school. She pursued an undergraduate degree at Indiana University where she studied both violin and conducting before moving to Boston in 1990 to freelance as a violinist and teach at Phillips Exeter Academy in New Hampshire.