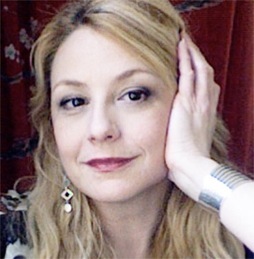 The first composer to win the American Academy in Berlin Prize, Laura Elise Schwendinger, is a Professor at UW-Madison. Her music, described as “evok(ing)..serene mystery and infinite beauty” (Fanfare), “evince(ing) an acute sonic imagination and sure command of craft.” (Chicago Tribune), “darkly attractive, artful and moving…” (NYT) and “shrewd composing, the genuine article. Onto the ‘season’s best’ list it goes.” (Boston Globe) has been performed by leading artists of our day including Dawn Upshaw (on tour 1997-2013) and on Voices of Our Time, a TDK/Naxos DVD) , Janine Jansen, Matt Haimovitz, the Arditti and Jack Quartets, Trinity Choir, the New Juilliard Players, the Franz Liszt chamber orchestra and the American Composers Orchestra, at venues including Carnegie Hall, the Kennedy Center, Alice Tullyat Lincoln Center, Wigmore Hall, the Berlin Philharmonic, the Théâtre du Châtelet, the Ojai, Aspen, Tangelwood and Ravinia music festivals, and Off-Broadway in the acclaimedSounding Beckett project. Her honors include those from the Guggenheim, Rockefeller, Fromm and Koussevitzky Foundations, the Radcliffe Institute for Advanced Studies, two from the American Academy of Arts of Arts and Letters (including a Leiberson Fellowship given to“mid-career composer of exceptional gifts”), the Harvard Musical Association, Chamber Music America, NewMusic USA, the Copland House, the MacDowell, Yaddo colonies and the, Bellagio and Bogliasco Centers, as well as first-prize of the ALEA III Competition. Upcoming commissions and performances for the Lincoln Trio, JACK Quartet,and Miranda Cuckson. Her C’è la Luna Questa Sera?, recorded by the Lincoln Trio, and released on Cedille’s Notable Women in 2011 (described as a “hidden gem” in the UK Guardian), received great critical praise. William Zagorski (Fanfare) wrote of it“it evokes a sense of serene mystery and infinite beauty.”

Her Albany CD, 3 Works for solo Instruments and Orchestra, featuring Matt Haimovitz, Curt Macomber and Christina Jennings– reviewed as “ballsy, confident music making in both writing and execution and proves that serious music does not have to dumb down to be immediately accessible and emotional. Highly recommended.” by Barnaby Rayfield in Fanfare, was released in December 2012. Her CD,High Wire Acts was released on Centaur in 2013 to rave reviews, and her CD QUARTETS, featuring the JACK QUARTETS, Jamie Van Eyck and Christopher Taylor, will be released in 2014.