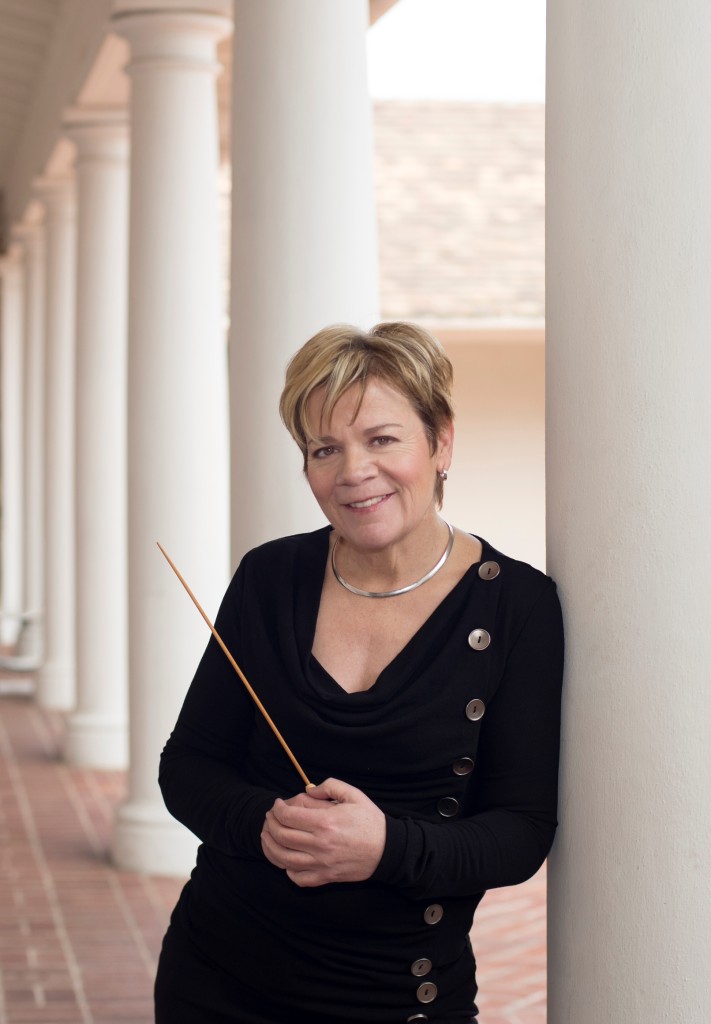 Marin Alsop is an inspiring and powerful voice in the international music scene, a Music Director of vision and distinction who passionately believes that “music has the power to change lives”. She is recognized across the world for her innovative approach to programming and for her deep commitment to education and to the development of audiences of all ages.

Her outstanding success as Music Director of the Baltimore Symphony Orchestra (BSO) since 2007 has been recognised by two extensions in her tenure, now confirmed until 2021. As part of her artistic leadership in Baltimore, Alsop has created several bold initiatives: ‘OrchKids’, for the city’s most deprived young people, and the BSO Academy and Rusty Musicians for adult amateur musicians. Alsop became Principal Conductor and Music Director of the São Paulo Symphony Orchestra (OSESP) in 2012, where she continues to steer their highly creative programming and outreach activities; her contract is now extended to the end of 2019, when she becomes Conductor of Honour. Alsop led the orchestra on European tours in 2012, 2013 and 2016, with critically acclaimed performances at the BBC Proms, the Edinburgh International and Lucerne festivals, the Concertgebouw Amsterdam and further concerts in Berlin, Paris, Salzburg and Vienna. In September 2019, Alsop becomes Chief Conductor of the ORF Vienna Radio Symphony Orchestra.

As one of Leonard Bernstein’s best known pupils, Alsop is central to his 100th anniversary global celebrations in 2018: she opens the LSO’s tribute, an orchestra with whom she has a close and long-standing relationship, and conducts performances of Bernstein Mass at the Ravinia Festival, where she has been appointed Musical Curator for 2018 and 2019, and at Southbank Centre, where she is Artist in Residence. Also at Southbank Centre she conducts Beethoven with the Orchestra of the Age of Enlightenment (OAE), as part of a UK-wide tour. She conducts the OAE most seasons, including at the BBC Proms with recent performances of Brahms, Schumann and Verdi on period instruments. In September 2013, Marin Alsop made history as the first female conductor of the BBC’s Last Night of the Proms, which she returned to conduct in 2015.

Her extensive discography has led to multiple Gramophone awards and includes highly praised Naxos cycles of Brahms with the LPO and MDR Leipzig, Dvořák with the BSO, Prokofiev with OSESP, and further recordings for Decca Classics, Harmonia Mundi and Sony Classical. She is dedicated to new music, demonstrated in her 25-year tenure as Music Director of California’s Cabrillo Festival of Contemporary Music.

Among her many awards and academic positions, Marin Alsop is the only conductor to receive the prestigious MacArthur Fellowship, is an Honorary Member of the Royal Academy of Music and Royal Philharmonic Society, and was recently appointed Director of Graduate Conducting at the Johns Hopkins Peabody Institute. She attended the Juilliard School and Yale University, who awarded her an Honorary Doctorate in 2017. Her conducting career was launched in 1989, when she was the first woman to be awarded the Koussevitzky Conducting Prize from the Tanglewood Music Center.