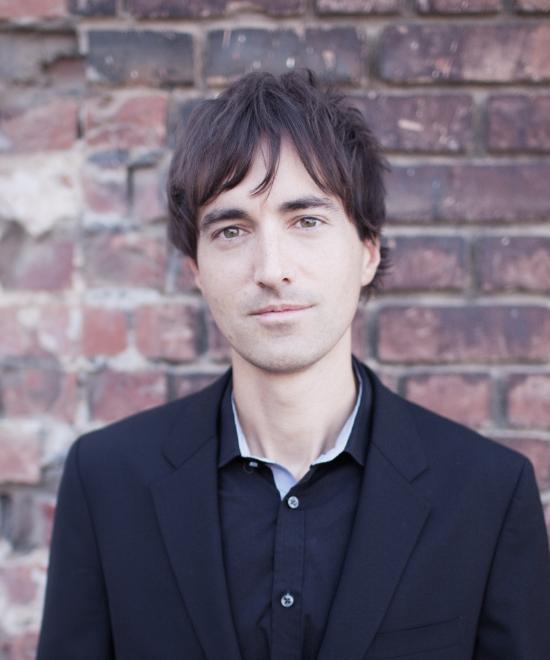 Recently named the most-performed composer of his generation, Mason Bates serves as the first composer-in-residence of the Kennedy Center for the Performing Arts. His music enlivens imaginative narrative forms with novel orchestral writing, the harmonies of jazz and the rhythms of techno, and it has been the first symphonic music to receive widespread acceptance for its unique integration of electronic sounds. Leading conductors such as Riccardo Muti, Michael Tilson Thomas, and Leonard Slatkin have championed his diverse catalogue. As both a DJ and a curator, he has become a visible advocate for bringing new music to new spaces, whether through institutional partnerships such as his residency with the Chicago Symphony Orchestra, or through his club/classical project Mercury Soul, which transforms spaces ranging from commercial clubs to Frank Gehry-designed concert halls into exciting, hybrid musical events drawing large crowds. In awarding Bates the Heinz Medal, Teresa Heinz remarked that “his music has moved the orchestra into the digital age and dissolved the boundaries of classical music.”

This season includes several world premieres and performances by leading orchestras, as well as the debut of a score for a film by Gus Van Sant starring Matthew McConaughey. In addition to performances of Liquid Interface and Garages of the Valley by the National Symphony Orchestra this season, the Kennedy Center will be premiering a new work celebrating the centennial of John F. Kennedy. Scored for mezzo-soprano, orchestra, and electronica, the work features the renown Sasha Cooke. Other performances include Alternative Energy with the Philadelphia Orchestra and performances by the Fort Worth Symphony of Anthology of Fantastic Zoology, which was recently recorded by Riccardo Muti and the Chicago Symphony.

His music’s dramatic realization of narrative forms has attracted the attention of artists in the dramatic mediums of opera and film. In July 2017, Santa Fe Opera premieres The (R)evolution of Steve Jobs, a kinetic and emotional exploration of one of the most compelling figures of our time. Staring baritone Edward Parks and mezzo-soprano Sasha Cooke, the opera is animated by innovative storytelling on all levels, from an electro-acoustic score to a non-linear narrative to stunning visual effects. The Fall of 2016 will see the release of legendary film director Gus Van Sant’s The Sea of Trees, starring Matthew McConaughey, Naomi Watts, and Ken Watanabe. Complementing the mystical narrative of a man lost in Japan’s suicide forest is a symphonic score recorded at Skywalker Studios.

Bringing classical music to new audiences is a central part of Bates’ activities as a curator, whether as a composer or DJ. With composer Anna Clyne, he transformed the Chicago Symphony’s MusicNOW series into an imaginative concert experience drawing huge crowds, with cinematic program notes and immersive stagecraft. Now serving as composer-in-residence of the Kennedy Center for the Performing Arts, Bates works with the Center’s broad range of artistic constituents, from performances with the National Symphony to appearances with Jason Moran on Kennedy Center Jazz, often integrating DJs into the Center’s unique spaces. His KC Jukebox series presents new music in imaginative new formats, such as a “walk-through” of a century of ambient music that went from Erik Satie to Brian Eno. In addition to Jukebox’s presentation of Thievery Corporation this year, the series also features Angolan instrument maker Victor Gama, known for his release on Aphex Twin’s Replex label.

Working in clubs under the name DJ Masonic, Bates has developed a post-classical rave that has integrated classical music and electronica to packed crowds in collaborations with clubs and orchestras around the country. The project returned last season to San Francisco’s Ruby Skye in front of eight hundred attendees and also visited SF’s DNA Lounge, and it most recently appeared on the Kennedy Center’s KC Jukebox series. Mercury Soul inhabits commercial clubs and extraordinary spaces, embedding sets of classical music into a fluid evening of DJing and immersive stagecraft. Sold-out performances from San Francisco’s famed Mezzanine club to Miami’s New World Symphony have brought a new vision of the listening experience to widespread audiences, and the project has been invited by the Chicago Symphony and Pittsburgh Symphony for events at local clubs.