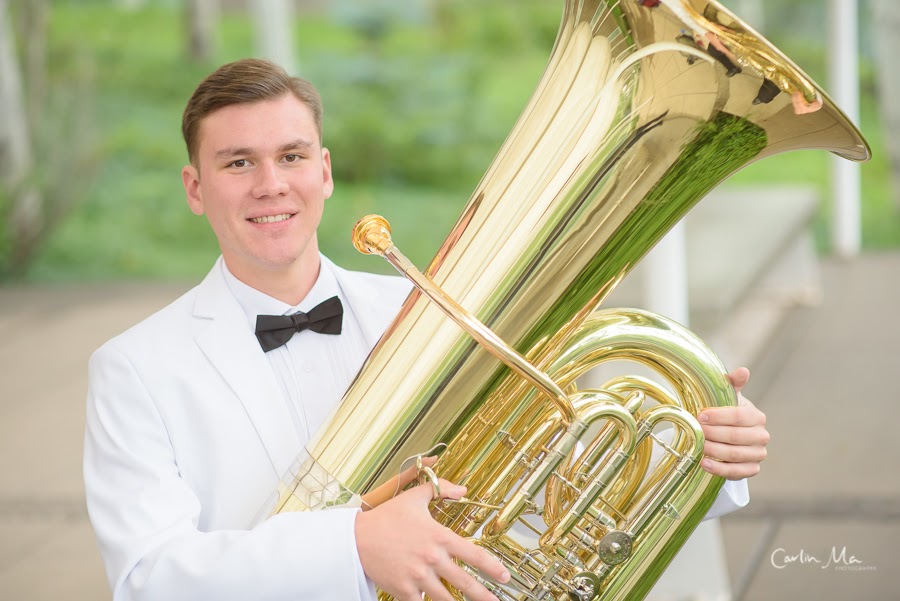 Mason Soria began his musical endeavors on the tuba at the age of 10 and is currently the Principal Tuba of the Richmond Symphony. In his sophomore year of high school he won the Principal Tuba position in the Greater Dallas Youth Orchestra. He held this position for the rest of high school and was able to go on the Greater Dallas Youth Orchestra China Tour in the summer of 2015. He was then awarded a full tuition music scholarship to the University of North Texas, where he studied with Professors Donald Little and Matthew Good in pursuit of a Bachelor’s degree in Music Performance. During his time at UNT he has been chosen as a semifinalist in the Leonard Falcone International Tuba Artist Competition in 2018, a finalist in the Arnold Jacobs Mock Orchestra Competition at the International Tuba-Euphonium Conference in 2019, and was awarded a fellowship to the prestigious Aspen Music Festival where he studied with Warren Deck in 2019 and 2021. Shortly after returning from his first summer in Aspen, Mason won the Principal Tuba position with the Baton Rouge Symphony Orchestra in 2019. He held that position while he started his masters degree at the Frost School of Music at University of Miami where he was a teaching assistant studying under the tutelage of Dr. Aaron Tindall from 2020-2022. While in his last semester at Frost, Mason won the Principal Tuba position with the Richmond Symphony in 2022.