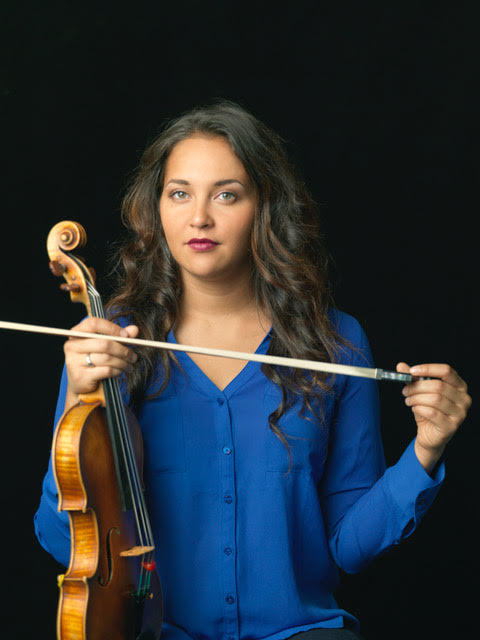 Meredith Riley enjoys a varied career as a tenured member of the violin section of the Richmond Symphony where she is a core strings leader for their educational outreach program, a chamber musician, and a teacher.  Previously, Meredith was a member of the Erie Philharmonic and Canton Symphony, and appeared as guest Concertmaster of Johnstown Symphony while completing graduate studies at Carnegie Mellon University under the direction of Andres Cardenes. Ms. Riley received her BMus in Violin Performance at the University of Texas as a student of Brian Lewis. Other important musical mentors in Meredith’s life include Linda Case and Laura Bossert.

Ms. Riley toured with Sphinx Virtuosi throughout the US in 2016 and 2017 and will rejoin the core ensemble for their national tour in 2018. Other upcoming engagements in the 2018-2019 season include subscription concerts with the Chamber Music Society of Central Virginia and the Smithsonian Chamber Music Society.

Ms. Riley’s accolades include recognition in the Young Texas Artist Awards, Crescendo Music Awards, National Sphinx Competition and selection as a Young Artist for the Starling Delay Symposium at the Juilliard School and National Alliance for Audition Support’s inaugural program. Solo appearances include those with the Cayuga Chamber Orchestra, Syracuse Symphony Orchestra, New England String Orchestra, and both University of Texas Symphony ensembles.