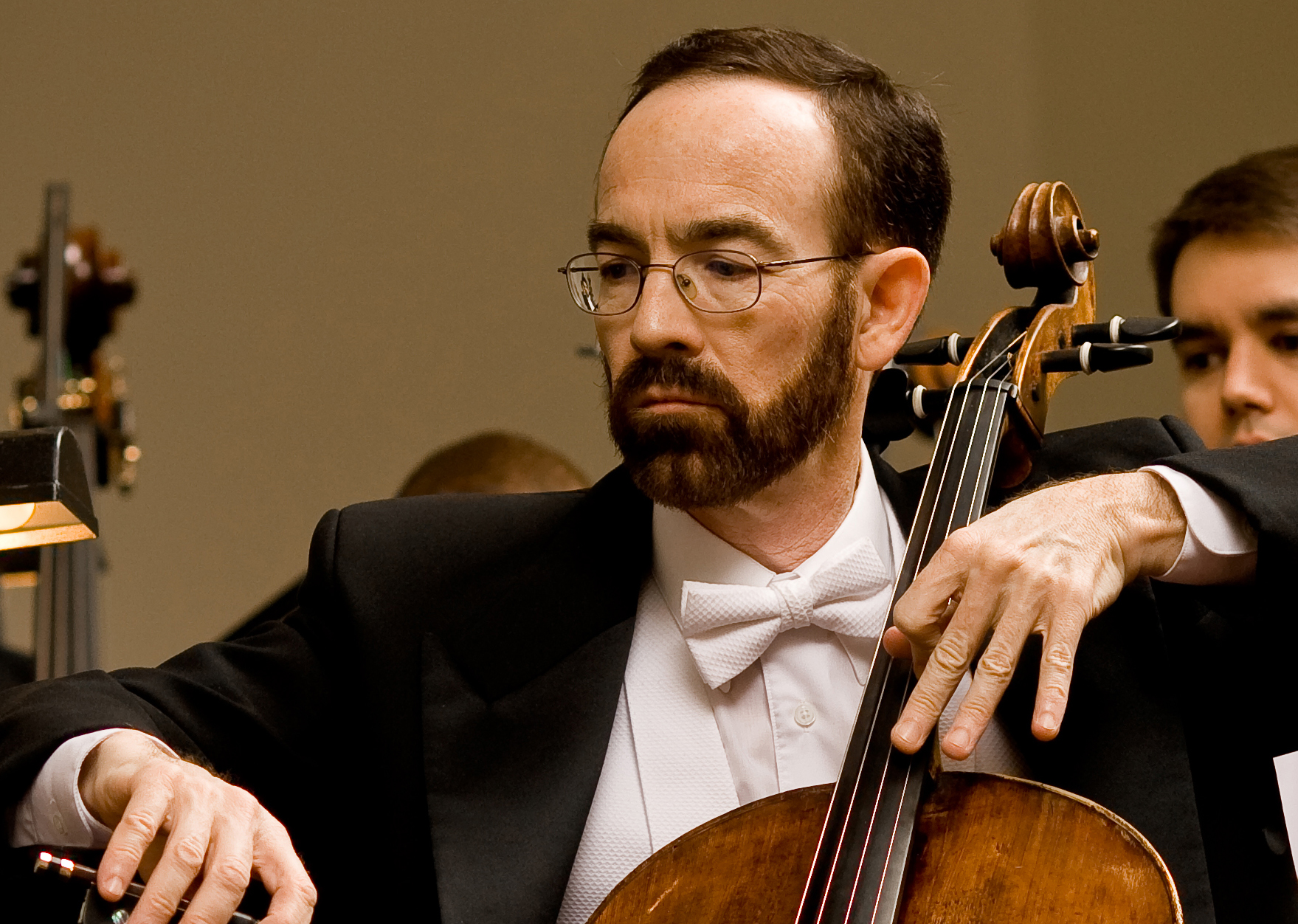 Neal Cary has been praised for his “robust tone and high-romantic phrasing,” and the “tremendous amount of emotion and heart” he brings to his performances.

He has been principal cellist with the Richmond Symphony since 1988, and has served as principal cellist of the Williamsburg Symphonia since 2002. In 1984, he joined the faculty of the Eastern Music Festival in Greensboro, North Carolina, and has served as principal cellist there every summer since 1988. In August of 2012, Neal Cary was a member of the All-Star Orchestra—an orchestra comprised of some of the finest musicians in the United States. This orchestra was created for the production of eight television programs which aired in the fall of 2013 on various PBS stations throughout the country (but unfortunately not in the Richmond area).

Previous to his employment in the Richmond area, Neal Cary was co-principal cellist of the Kansas City Philharmonic and assistant principal cellist of the Tulsa Philharmonic, the San Antonio Symphony, and the Denver Symphony Ochestra. From 1994–98, he was on the adjunct faculty at Virginia Commonwealth University. While a student at The Juilliard School, he was a chamber music teaching assistant to Earl Carlyss and Claus Adam in 1980–81. While a student at Meadowmount School of Music during the summers of 1980 and 1981, he was a chamber music teaching assistant to Joseph Gingold.

Notable recital performances in the Richmond area include performances from memory of the 40 Popper Études and all the Bach Suites for Solo Cello. Mr. Cary has completed a “performance edition” of the Popper Études (as yet unpublished) and is working on a companion book which explains how to practice these études. He has also completed an unpublished edition of the Bach Suites for Solo Cello, based on three surviving copies of Bach’s manuscript.

In his spare time, he enjoys spending time with his wife Catherine, his daughter Emma, and son Alan.