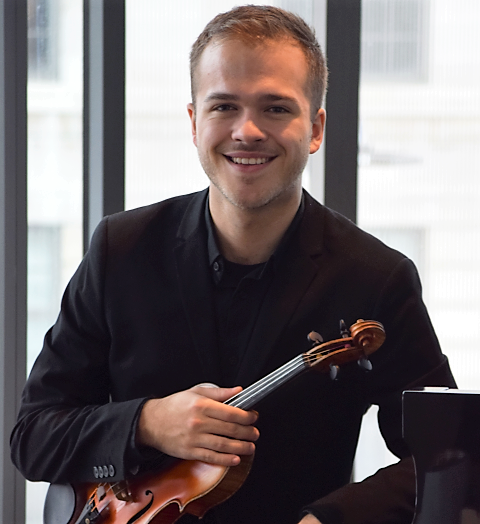 Quinn Price is a violinist from Ellensburg, Washington. He received his master’s degree in violin performance from the University of Texas at Austin, where was a student of Brian Lewis, as well as his full-time teaching assistant. Quinn received his Bachelor of Music from the Cleveland Institute of Music as a student of Stephen Rose and was also the recipient of the school’s Dr. Jerome Gross Prize in Violin. Originally from Ellensburg, he began his musical studies at the age of 8. He continued his pre-collegiate studies in Seattle with Ronald Patterson, a professor of violin at the University of Washington and former student of Jascha Heifetz.

In Cleveland, Quinn served as guest concertmaster of the Suburban Symphony Orchestra and enjoyed performing regularly with the Cleveland Opera Theater and the Cleveland Pops Orchestra. Currently, he also serves as principal second violin of the Northwest Sinfonietta in Tacoma, WA. An active chamber musician as well, he performed with the Cielo String Quartet, and was a fellow at the 2019 Musikiwest Chamberfest in Pebble Beach, California.