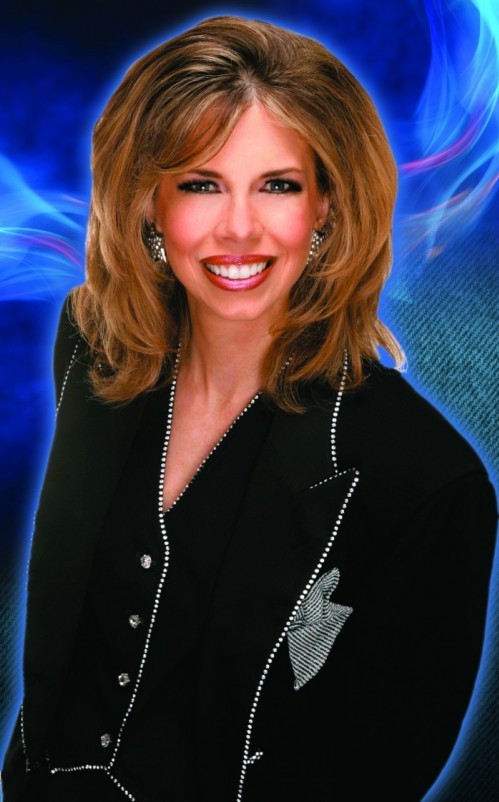 With more than twenty years of experience up her sleeve, Master Illusionist Lyn Dillies has mesmerized audiences throughout the United States and Canada. Ms. Dillies choreographs some of the most breathtaking illusions in magic with the beauty and drama of symphonic classics, creating a truly unique entertainment experience. “I want audiences, especially children to discover the magic of classical music as well as my illusions,” she explains. The mystery and grace of her wizardry seem effortless.

Lyn has made frequent appearances on television and has shared the stage with such notable entertainers as Marvin Hamlisch, Crystal Gayle and Mikhail Baryshnikov. One of her proudest achievements took place in the summer of 2000: Lyn created magic history by being the first illusionist to make two live Asian elephants appear in succession. The event was held outdoors, in front of a live audience for the grand opening of the Buttonwood Park Zoo in New Bedford, Massachusetts. Eight months were needed to prepare for this incredible spectacle, from training the elephants (Emily and Ruth) to engineering the illusion. As Lyn explains, “It took over 5,000 square feet of fabric, 300 feet of truss, two cases of red seedless grapes (the elephants’ favorite treat), and a little sleight of trunk!” The Society of American Magicians deemed this illusion such an unprecedented event that it is documented in the organization’s national archives. A return engagement with the elephants marked another magic milestone when Lyn predicted a week in advance what Emily and Ruth would paint on a large canvas.

Recently Lyn produced “Learn Magic with Lyn,” the first in a line of DVDs aimed at empowering children to perform their own illusions for friends and families. The 53 minute live-action DVD features 11 uncomplicated but impressive tricks any child can learn within minutes using ordinary, everyday household items. “Learn Magic with Lyn” has received several awards from national organizations that honor the best in children’s entertainment and educational products.

In 2008, Lyn wanted to give something back to her country that has provided her with such marvelous opportunities. She created and produced Your Vote Is Magic, a non-partisan public service campaign to promote voter awareness for the Presidential Election. As the finale for her year-long endeavor, with her message being “You Don’t Have To Be A Magician To Create Change, No Matter Who You Choose – Your Vote Is Magic!” Lyn produced a live donkey and elephant, the mascot of each party. Her unique illusion was featured on the national news. Lyn has written an inspiring book titled, Your Vote Is Magic!, which is based on her groundbreaking illusion and includes an important overview of voting history. Lyn is now presenting her Your Vote Is Magic! program to high school and college students to teach them about the power of their vote and civic responsibility.

In 2013, Lyn was the first female illusionist to receive the prestigious Milbourne Christopher Award in magic from the Society of American Magicians for her contributions to the art of magic. Past recipients include David Copperfield, Penn and Teller and Siegfried and Roy.

Magic and music are her heritage. Her great-grandfather, Thomas Wyatt, was an amateur magician and member of the New Bedford (MA) Magic Wand Club, an organization Lyn was to join in her early teens. She inherited her deep love and appreciation of classical music from her grandfather, Kenneth Park, a professional violinist and music director of the New Bedford public school system. He also taught private lessons and, much to his delight, granddaughter Lyn was an eager and talented violin student. Today, Ms. Dillies recalls the pride she felt watching her grandfather play first violin under the baton of Arthur Fiedler, the legendary conductor of the Boston Pops. But her most cherished memories of him are the times they played duets. “Every Christmas Eve, he and I would play carols on our violins for the rest of the family.”

While Ms. Dillies’ parents are not performers, each has gotten into the act by supporting her career. In the early days, mom Loretta acted as booking agent and wardrobe manager, while father Calvin built her first illusion. They also shared chauffeur duties. “I never would have made it without them,” says Ms. Dillies of her two most ardent fans. “My family and friends are the real magic in my life.” Ms. Dillies may have traded her violin for a magic wand, but she has continued to cherish music. It is with sheer artistry that she blends the worlds she loves, bringing audiences an unforgettable appreciation for the majesty of classical music.