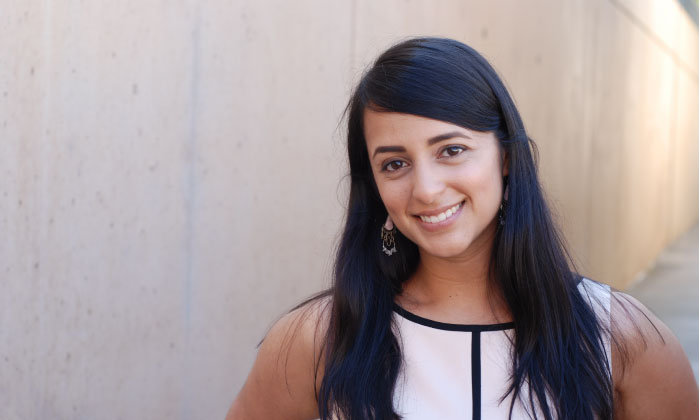 Indian-American composer Reena Esmail works between the worlds of Indian and Western classical music, and brings communities together through the creation of equitable musical spaces.

In recent seasons, Esmail has worked with the Kronos Quartet, Albany Symphony, River Oaks Chamber Orchestra, Salastina Music Society, SOLI, and American Composers Orchestra. Her work is performed regularly throughout the US and abroad, and has been programmed at Carnegie Hall, the Barbican Centre in London, Schloss Esterhazy in Hungary, and throughout India. She has served as Composer in Residence for Albany Symphony, Street Symphony in downtown Los Angeles, Concerts on the Slope in Brooklyn, NY and the Pasadena Master Chorale  in Pasadena, CA.

Esmail was on the composition and theory faculty at Manhattan School of Music Precollege from 2006-2011. She taught the music theory core curriculum at Yale College from 2012-14.In 2010, Esmail co-founded Yale’s Hindi a cappella group, Sur et Veritaal. Recently, Esmail has worked with young composers through mentorship programs including Shastra’s Arranging with Hindustani Music, Pasadena Master Chorale’s Listening to the Future.

Reena Esmail has won numerous awards, including the Walter Hinrichsen Award from the American Academy of Arts and Letters and two ASCAP Morton Gould Young Composer Awards. She received a 2011-12 Fulbright-Nehru to study Hindustani music in India, where she was also a 2011 INK Fellow (in association with TED). Esmail was recently named a 2019 United States Artist Fellow, one of only six musicians to receive the honor that comes with an unrestricted grant of $50,000. She was also recently named the Grand Prize winner of the S&R Foundation’s Washington Award that recognizes talented artists in the fields of, music, dance and visual arts, especially those who contribute to international cultural collaboration.

In addition to her work as a composer, Esmail is the Co-Artistic Director of Shastra, a non-profit organization that promotes cross-cultural music that connects the great musical traditions of India and the West. She is also the Composer-in-Residence with Street Symphony, where she works with communities experiencing homelessness and incarceration in Los Angeles.