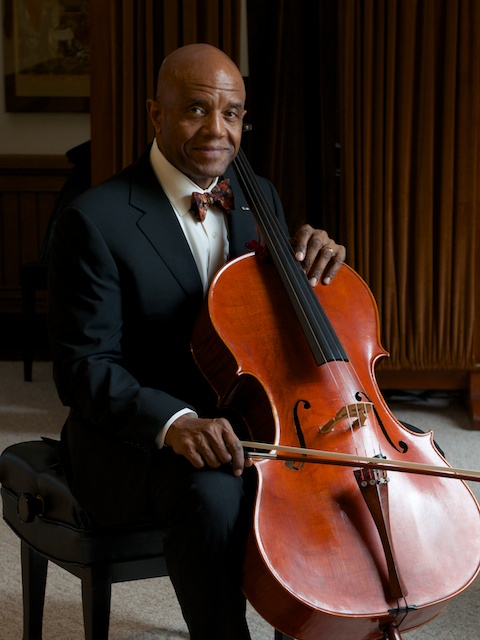 Ronald Crutcher was born in Cincinnati and began studying the cello at age 14 with Professor Elizabeth Potteiger at Miami University in Ohio. As a Woodrow Wilson and Ford Foundation Fellow, he studied at Yale University with renowned cellist Aldo Parisot and became the first cellist to receive the doctor of musical arts degree from Yale. The recipient of a Fulbright Fellowship, Dr. Crutcher continued his studies in Germany with Siegfried Palm and Gerhard Mantel. He made his Carnegie Hall debut in March 1985.

A former member of the Cincinnati Symphony Orchestra, Dr. Crutcher has performed numerous recitals in the United States, Europe, and South America and has recorded for Austrian and German radio. He currently performs in the USA and Europe as a member of the Klemperer Trio.

Dr. Crutcher has written extensively about the performing arts and has served internationally as a consultant for numerous music and fine arts programs. He has served on the boards of the Boston, Cleveland, and Austin symphony orchestras and currently is a member of the Board of the Richmond Symphony and the Board of Advisors for the Sphinx Organization. He is also a past president of Chamber Music America.

Dr. Crutcher currently serves as the 10th President of the University of Richmond, having previously served for ten years as President of Wheaton College in Massachusetts. A national leader in higher education, he currently sits on the boards of the Association of American Colleges and Universities, the National Association of Independent Colleges and Universities, and the American Council on Education.