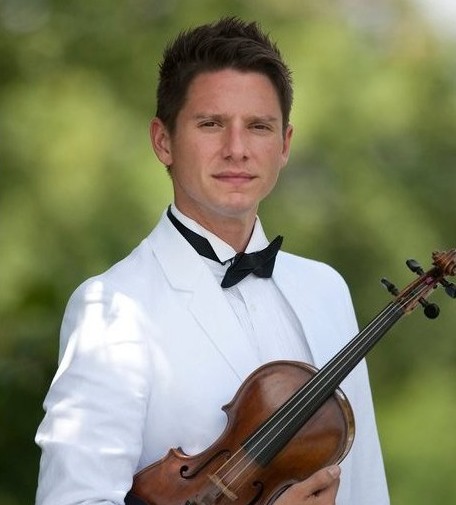 A sought after teacher, Mr. Winter is Adjunct Associate Professor of Violin at George Mason University School of Music and Instructor of Violin and Viola at the University of Mary Washington. During the summers, he serves as Director for Admissions and Artistic Planning & Chair of Violin Studies at the Wintergreen Summer Music Festival and Academy, as well as performing as Principal Second Violin of the Wintergreen Festival Orchestra. Previously he taught at New England Conservatory’s Preparatory School and “Festival Youth Orchestra” Summer Institute, the Chamber Music Workshop in Lexington, MA, and has been an Instructor of Violin at Purchase College in New York, Virginia Commonwealth University, and the University of Richmond. He has given masterclasses at the Interlochen Center for the Arts, The Boston Conservatory, Penn State University, James Madison University, Arkansas State University, and many others.

Devoted to chamber music, he is a founding member of the Atlantic Chamber Ensemble, which is ensemble-in-residence at WCVE Public Radio and formerly at the Lake George Music Festival. He is frequently heard in recital, as a guest with numerous ensembles, and in the summers as a member of the Wintergreen Chamber Players. He has performed at the festivals of Aspen, Santo Domingo, Todi, Maastricht, Virginia Arts, and Music at Penn’s Woods.

Mr. Winter holds Bachelor of Music and Master of Music degrees from the New England Conservatory of Music where he studied with Boston Symphony Orchestra concertmaster Malcolm Lowe, and from the State University of New York, Purchase College-Conservatory of Music with Laurie Smukler as a graduate assistant. He is a candidate for the Doctor of Musical Arts degree from The Catholic University of America’s Benjamin T. Rome School of Music in Washington, DC. Other principal teachers include Sylvia Rosenberg, Kurt Sassmannshaus, Jody Gatwood, and Philip Setzer of the Emerson String Quartet.

His most notable student has been Robert Downey Jr. for the Warner Bros. film Sherlock Holmes (2009) while also playing the principal role of Violinist. Other tastes of Hollywood include roles as a featured performer in Sex and the City 2 (2010), Taylor Swift’s NBC Thanksgiving Special (2010), HBO’s series Mildred Pierce (2011) starring Kate Winslet, the BET Honors with Aretha Franklin (2014), and Steven Spielberg’s Lincoln (2012). He also spent time working on the USA Network series Royal Pains as an advisor and tutoring guest star Sami Gayle for the episode “A History of Violins” (2011). Recordings for Albany Records, Sono Luminus, AAM Recordings, and Naxos.