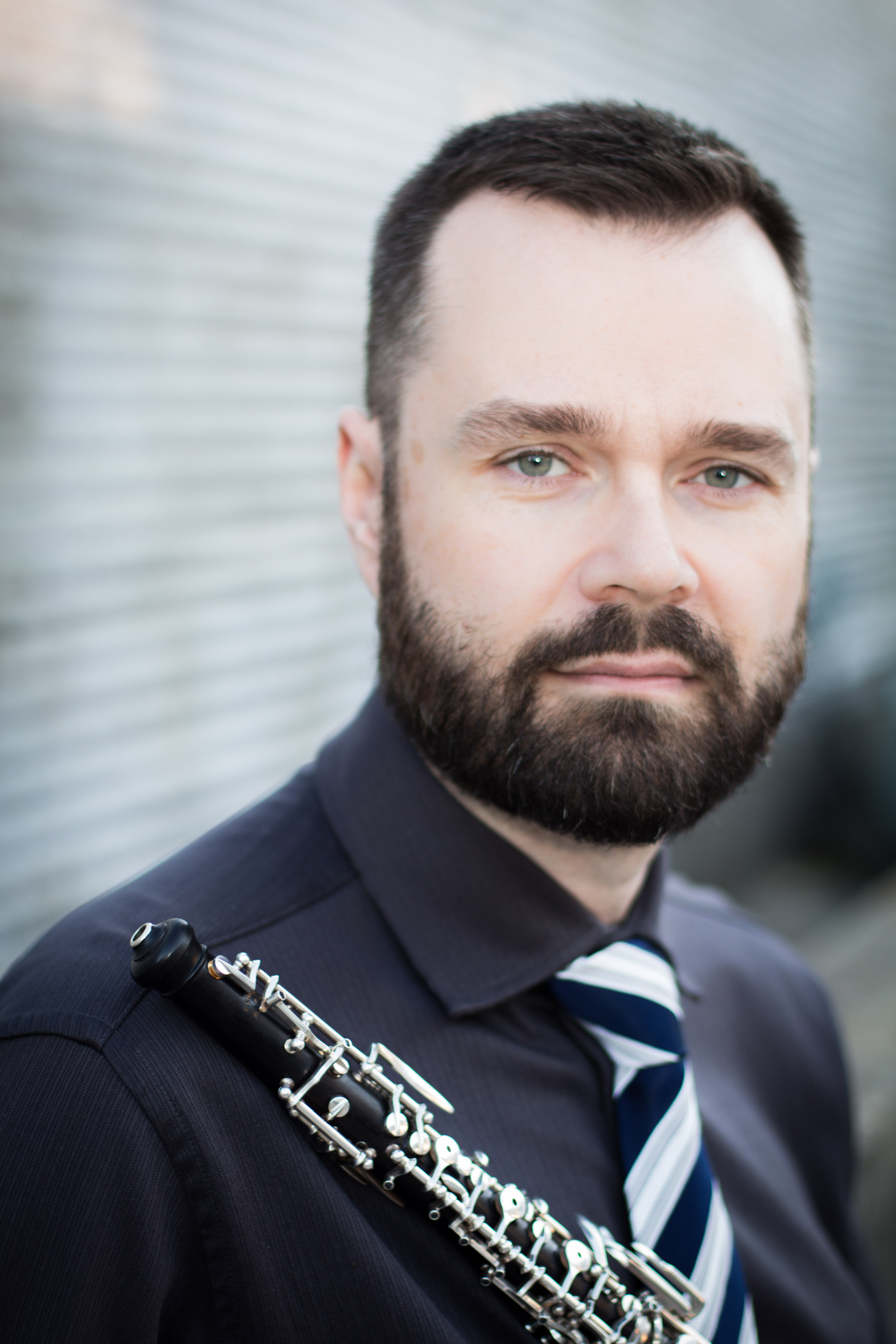 A native of Broken Arrow, Oklahoma, Shawn Welk joined the Richmond Symphony as Assistant Principal Oboe and Principal English Horn in 2008, following a seven year tenure as Co-Principal Oboe of the “President’s Own” U.S. Marine Band and Marine Chamber Orchestra in Washington, D.C.

During his years with the “President’s Own,” Shawn performed concerts at the White House, Washington D.C. Metro area, overseas, and across the United States as soloist, chamber player, and principal musician. His solo appearances included performances of John Harbison’s Concerto for Oboe, Clarinet and Strings, Frank Martin’s Trois Danses for Oboe, Harp and Strings, and J.S. Bach’s Concerto for Oboe and Violin, all with the Marine Chamber Orchestra.

In the summer of 2008, Shawn was appointed Principal Oboist of the New York Symphonic Ensemble, performing annual summer concert tours across Japan, and in 2015 was appointed Acting Principal Oboe of the New Hampshire Music Festival. For the 2013–14 season, he served as Acting Principal Oboe of The Florida Orchestra in Tampa, FL. He has also performed with the Baltimore Symphony Orchestra, Milwaukee Symphony Orchestra, Kennedy Center Opera, Washington Concert Artists, Tulsa Philharmonic, Aspen Festival Orchestra, and the Staunton Music Festival. An active chamber musician, Shawn is a core member of D.C.’s acclaimed Fessenden Ensemble and Richmond’s innovative Atlantic Chamber Ensemble.

Shawn holds performance degrees from the University of Oklahoma and the Eastman School of Music and has served on the faculties of the Virginia Commonwealth University and the Catholic University of America.