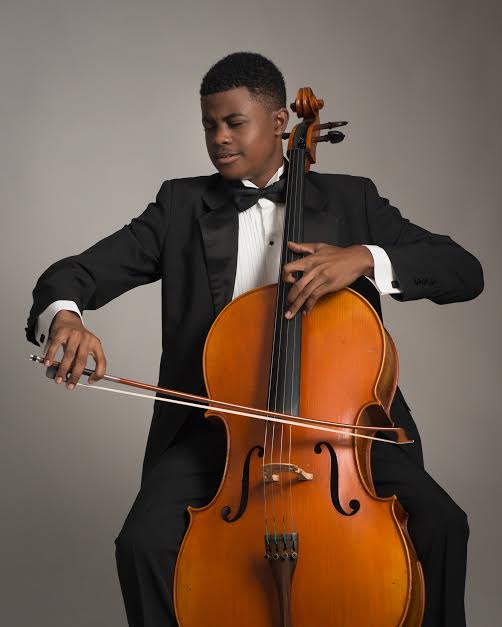 Sterling Elliott has received raved reviews for his solo performances. Adam Parker of the Charleston Post and Courrier wrote: “Sterling Elliott’s professional career is already is underway, and his concerto provided a perfect vehicle for him to demonstrate his impeccable technique and musicality.” Peter Ingle of the Charleston Today.net wrote: “Sterling Elliott is a name you may hear in the future, but don’t necessarily count on seeing this young cellist in Charleston very often, because we may soon be too small for him. Sterling’s mastery, musicality, and personal charm were all evident Saturday night where he performed Victor Herbert’s Cello Concerto No. 2 in E minor.” Victor Carr Jr. of Classics Today.com wrote: “Elliot’s impeccable musicianship, as well as his discernible love for the music won over the audience, which responded with sustained standing applause.” Zachary Lewis, of The Cleveland Plain Dealer wrote: “Cellist Sterling Elliott, held a full Severance Hall in his grasp with a strikingly mature account of David Popper’s “Hungarian Rhapsody,” a feisty virtuoso showpiece on the Cleveland Orchestra’s Martin Luther King Jr. Celebration Concert.”

In spite of such accolades, Sterling has enjoyed a simple, and humble musical journey. He began his cello studies at the age of three under the direction of Suzuki Cello teacher Susan Hines. Sterling, the youngest of 3 siblings, did not originally want to play the cello; he wanted to play the violin like his older brother and sister. After a bit of encouragement, he made The Elliott Family String Quartet perfect by learning to play the cello. Sterling continues to perform frequently with his siblings and mother in the Elliott Family Quartet/Trio.