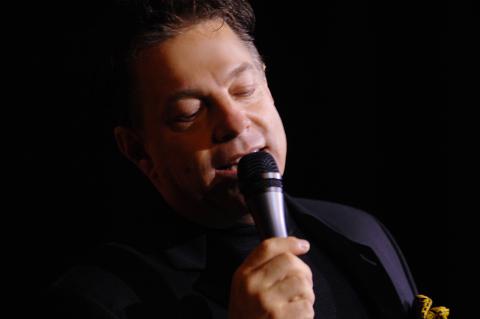 Steve Lippia has become one of the most prominent, in-demand vocalists and has quickly established his place among the finest interpreters of “standards” and traditional pop music in the nation. Steve’s youthful, energetic talent and powerful show creates a perfect blend of “classic” with “today”. His show introduces a new generation to this timeless music, while appealing to long-time listeners.

Steve has headlined to standing room only crowds at the legendary Birdland Jazz Club in New York City, backed by the Nelson Riddle and Woody Herman Orchestras. He performed in a highly successful European Jazz Festival Tour which resulted in a nationally televised special on Finnish TV2.

Steve’s much acclaimed, self-titled CD was recorded at Warner Brothers’ Studios in Los Angeles with a 41-piece symphony. In addition, Steve has recorded “Steve Lippia Live”, a collection of some of his live performances. His much anticipated third CD, titled “Steve Lippia in Concert”, was released June 16, 2009 to rave reviews and a Grammy nomination.

Steve is a native of Southington, Connecticut. He makes his home in Las Vegas, Nevada with his wife and two miniature German Schnauzers.