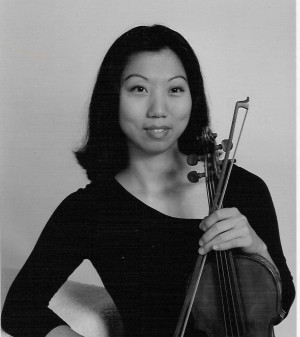 Susan Spafford, violinist, is a member of the Richmond Symphony, Cayuga Chamber Orchestra (NY), and the Lancaster (OH) Festival Orchestra. She has played regularly with the symphonies in Harrisburg and Allentown (PA), Albany, Binghamton, and ProMusica (NY), and other regional orchestras. As a soloist, she has appeared with the Erie Chamber Orchestra and given recitals at Mansfield University, the Library of Congress, throughout the United States and in Seoul, South Korea. Recent chamber music performances have included concerts in the Cayuga Chamber Orchestra’s Chamber Music Series and the Lancaster Festival Concert Series.

Ms. Spafford has been a featured Faculty Violin Guest Artist for the String Institute at Ithaca College and has been on the faculty of The Ridgewood Conservatory since 2008. As an advocate for the importance of music in education, she has been invited to address state legislatures on the issue of the Performing Arts in school curriculum, and has collaborated with organizations such as VH1, ASTA, and MENC. She has presented hundreds of performances and workshops at schools and events throughout the country and has been a featured guest in the Philadelphia Orchestra’s Family Concert Series and state Music Educators Association’s Conferences. As a natural extension of her performing and education roles, Ms. Spafford became involved in helping to run The Music Paradigm, an organization that works with orchestras around the world to help promote classical music and develop new audiences. Ms. Spafford earned her Master’s Degree (Violin Performance) and Bachelor’s Degrees (Performance and Education) from the Eastman School of Music, has completed teacher training courses with the Suzuki Association of Americas, and is a graduate of the Essentials of Orchestra Management seminar.