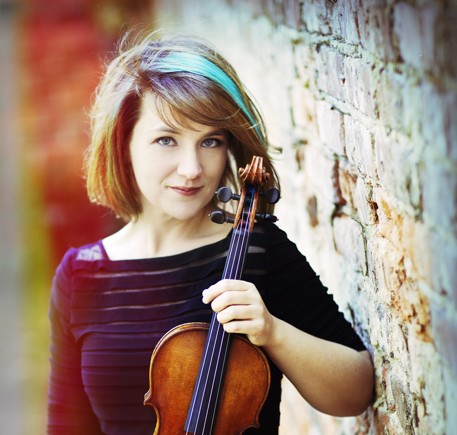 Treesa Gold is a vibrant performer in the Richmond area. She frequently records at Spacebomb Studios, and is a member of the string quartet, Rosette, who champions music written by a diverse swath of living composers. A great lover of opera and orchestra, she is Concertmaster of the Opera on the James, and Assistant Principal Second Violin of the Williamsburg Symphony.  Before moving to Richmond, Mrs. Gold lived in New Orleans and was a member of the Louisiana Philharmonic Orchestra from 2004 to 2006.

Mrs. Gold has multiple degrees in Violin Performance from Indiana University, where she studied with Paul Biss. She is also a graduate of the Interlochen Arts Academy, under the tutelage of Hal Grossman. Starting violin at age 2 in the Suzuki studio of Alice Joy Lewis, she holds a strong belief in children’s potential and its importance for the betterment of the world and is carrying on that tradition as a Suzuki teacher herself. She has been given the honor of teaching at many festivals, both nationwide and internationally.  Treesa is married to double bass player, Matt Gold and together they played in the rock band, Goldrush, for six years. Treesa and Matt are also the happy parents of two children, Kit & Artemis.