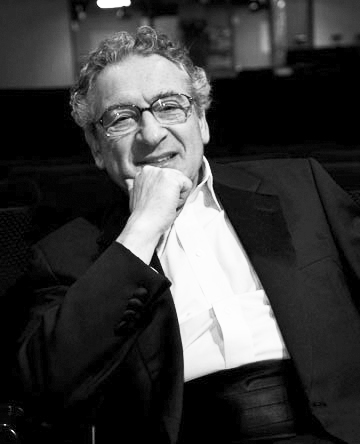 Born in the Soviet Union in 1942, Victor Yampolsky – the son of the great pianist Vladimir Yampolsky – studied violin with renowned pedagogue Michail Garlitsky (1949-1961) at Central Music School in Moscow, the legendary David Oistrakh at the Moscow Conservatory (1961-1966) and conducting with Nikolai Rabinovich at the Leningrad Conservatory (1968-1973). He was a member of the Moscow Philharmonic as both violinist and assistant conductor, under the direction of the renowned Kirill Kondrashin.

Victor Yampolsky emigrated from the Soviet Union to the United States in 1973, where a recommendation from conductor Zubin Mehta led to an audition for Leonard Bernstein, who offered Mr. Yampolsky a scholarship at the Berkshire Music Center in Tanglewood, Massachusetts. Two weeks later, Mr. Yampolsky accepted a position in the violin section of the Boston Symphony Orchestra (1973). He was later appointed the orchestra’s Principal Second Violinist (1975-1977).

In 1977, Mr. Yampolsky became music director of the Atlantic Symphony Orchestra in Halifax, Nova Scotia, and the conductor of the Young Artists Orchestra at Tanglewood. Two years later he was appointed Adjunct Professor of Violin and Director of Orchestras at the Boston University School of Music. Since 1979 he has participated in the Scotia Festival of Music in Halifax as violinist, conductor and teacher.

Victor Yampolsky was appointed director of orchestras at the Northwestern University Bienen School of Music in 1984. He has also been principal conductor of the National Symphony Orchestra in Johannesburg (1993-94) and music director of the Omaha Symphony.

A dedicated educator, Mr. Yampolsky had been invited to give conducting master classes throughout the world and will appear this summer at the Wintergreen Summer Music Festival.

Victor Yampolsky has been awarded honorary doctorates from the University of Nebraska at Omaha and Doane College in Crete, Nebraska. He currently lives in Evanston, Illinois, with his wife, Carol, and two children.