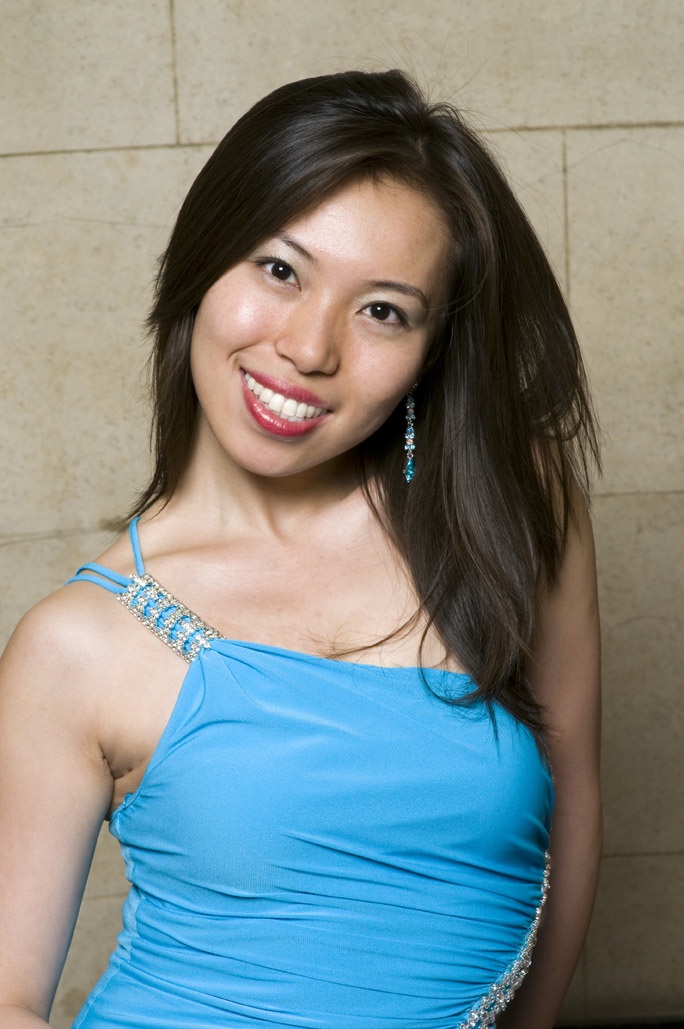 Pianist Yin Zheng enjoys a vibrant career of performing and teaching across Europe, US and Asia. A Ukrainian newspaper has described her playing as “an astonishing torrent of images, passages, and themes, amazing the audience with an unbelievable technical precision that was balanced by delicate melodic and dynamic nuances.” She has been featured on leading music stages such as Carnegie Hall and Steinway Hall in New York City and, in worldwide reputable music festivals in France, Belgium, Switzerland, Austria, Germany, Spain, Portugal, China and Canada. She has worked with eminent pianists such as Paul Badura-Skoda, Alicia de Larrocha, Aldo Ciccolini, Russell Sherman and John Perry, and is highly appraised by the legendary British-Chinese pianist Fou Ts’ong as a unique interpreter of the music of Mozart.

Following her early training in her native city Shanghai, Yin Zheng furthered her study at the Royal Conservatory of Brussels under the tutelage of Dominique Cornil, a grand student of Maurice Ravel. She also completed a Doctor of Musical Arts degree from the Eastman School of Music on a full scholarship with world-renowned pedagogue Nelita True.

Dr. Zheng has won first prizes in both the 28th Frinna Awerbuch International Piano Competition and the Empire State Piano Competition held in New York. In 2006, she was engaged for Mozart double and triple piano concerto performances with Nelita True in the prestigious Shanghai Oriental Art Center with the Shanghai Philharmonic Orchestra. Her chamber performance was recorded by Radio Suisse Romande. In the summer of 2008, she was invited as the first pianist from the North America to perform at the Kirovohrad Spring Music Festival in Ukraine that carries a long history of featuring only Russian piano legends. She has earned a high reputation through performing guest artist recitals and teaching masterclasses at both US and international universities such as the University of Michigan, Michigan State University, SUNY Potsdam Crane School of Music, Louisiana State University, Shanghai Normal University, Kasetsart and Mahidol University College of Music in Bangkok, University of Malaya in Kuala Lumpur, Malaysia, to name a few. Dr. Zheng is faculty-in-residence at the Lancaster International Piano Academy in Pennsylvania, the Vianden Music Festival in Luxembourg, and the Schlern International Music Festival in the Italian Alps.

Highly versatile, Dr. Zheng is an avid explorer for innovative art forms and creative cross-disciplinary collaborations: She has ventured into the third stream by performing with jazz violinist supreme Regina Carter. She has also worked with acclaimed French-Canadian painter/filmmaker Jean Detheux synchronizing live acoustic performance and visual elements in seeking “Abstract Expressionism.” Their collaborative works have been presented at diverse film festivals and were featured at the 29th Annual New Music Festival organized by the MidAmerican Center for Contemporary Music. During March 2013, she led an innovative workshop integrating music, choreography, and multimedia design within a global cultural context at the Tasmeem International Conference for Arts and Design in Doha. She was involved in the recording of the experimental opera Songs of the Fisherman scored for tenor, ballet dancer, piano, percussion and string quartet. The opera was premiered in Amsterdam as part of the Grachtenfestival and the recording was released in the first quarter of 2014 under Albany Records. Recently, as part of her guest solo recital at the Ewell Concert Series at the College of William & Mary, Dr. Zheng received enthusiastic accolades for her world premiere performance of the solo piano work The moon is following us by Pulitzer Composition Prize finalist Lei Liang, professor and Chair of Composition at University of California San Diego. Highlights of her current projects include an anticipated CD release of the Complete Sonatas for Piano and Violin by Mozart with award-winning Bin Huang, Associate Professor of Violin at Eastman School of music, and a tour of solo and chamber concerts in three different cities in Colombia, South America.